The Green Bay Packers have decided to invest long-term in guard Elgton Jenkins and will make him the second highest-paid player at his position in the NFL.

A year after seeing his 2021 season end at the midway point from a torn ACL, the Packers and one-time Pro Bowler Elgton Jenkins have come to terms on a contract extension that could keep him in Green Bay until 2026. NFL Network league insider Ian Rapoport was the first to report the details of the new pact between the team and the star offensive lineman.

“Sources: The Packers and star OL Elgton Jenkins have agreed to terms on a massive 4-year extension worth $68M base value with a max value of $74M. The deal makes him the 2nd highest paid guard in the NFL.”

This season has been a difficult one for the Green Bay Packers, and the offense in particular has underperformed in a major way. Superstar quarterback and reigning MVP Aaron Rodgers has often not been on the same page with his receivers, and his stats are down considerably from last season. The 39-year-old legend didn’t even earn Pro Bowl honors for the first time since 2017.

There was some doubt if Jenkins would be able to turn to the form that helped him land a spot in the Pro Bowl in 2020 after a devastating knee injury last year. However, while there have been few bright spots for the Packers this season, Jenkins’ strong play after the setback has been a highlight in 2022. 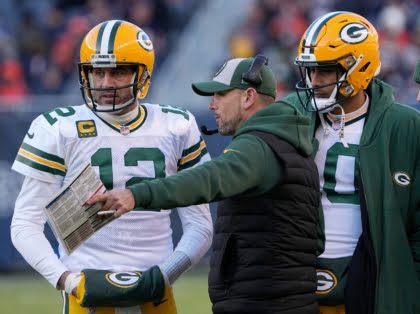 The Green Bay Packers front office clearly took note and has given him the type of money the organization rarely hands out and has signaled their expectation that the second-round pick in the 2019 NFL Draft will be an anchor of their offensive line for the foreseeable future.

Green Bay (6-8) resides a game and a half out of the final playoff spot in the NFC.