The 2023 NBA trade deadline is fast approaching with the Golden State Warriors in a crowded field of championship contenders wanting to make a big move. While no superstars are expected to be dealt, Golden State could be among the most active buyers at the deadline.

Following a 3-7 start to the season, the Warriors have steadily climbed the NBA standings. Despite a lengthy absence for Steph Curry and one of the worst bench units in the NBA, the reigning champions have improved to 23-23 entering late January.

Past the halfway point of the 2023-’23 NBA season, Golden State’s starting lineup leads the league in net rating (19.3) when all five of its starters are on the court. It’s also 17-5 at home this season, making home-court advantage all the more valuable in the NBA playoffs.

While the Warriors lack the assets to pull off a blockbuster trade, it isn’t expected to prevent them from being extremely active leading up to the NBA trade deadline.

Ric Bucher of Fox Sports recently wrote that he expects the Warriors, Milwaukee Bucks and Dallas Mavericks to be among the buyers most engaged in trade talks. In regards to potential targets, NBA executives point to Bojan Bogdanovic, Malik Beasley, Jordan Clarkson and Eric Gordon as viable options to help the championship contenders. 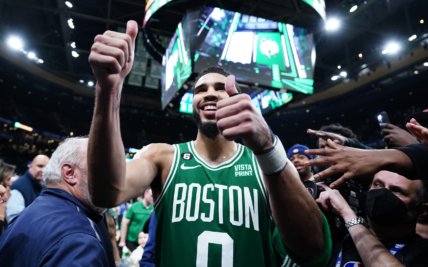 The Mavericks are reportedly facing pressure from Luka Doncic – one of the highest-paid NBA players – to significantly improve the roster. Meanwhile, Golden State is focused on maximizing its limited championship window.

As for Milwaukee, NBA insider Marc Stein reports that the Bucks have engaged in multiple conversations with the Houston Rockets. As of now, though, Milwaukee is only willing to package four second-round picks for Gordon.

While the Boston Celtics, Denver Nuggets, Memphis Grizzlies and Boston Celtics are exploring their options before the NBA trade deadline, all four teams could stay relatively quiet come Feb. 9.

As a result, any team that does fortify its bench or starting lineup before the playoffs could be in a better position to make an extended postseason run.