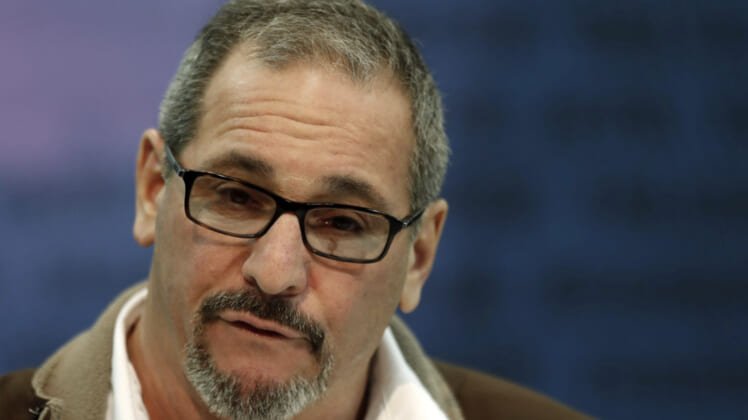 The New York Giants were said to be asking for an astronomical return for star wide receiver Odell Beckham Jr. In fact, general manager David Gettleman noted that he didn’t sign OBJ to a massive extension last August to turn around and trade him.

Despite all of this, New York sent the game’s most electrifying receiver to the Cleveland Browns for a first and third-round pick and safety Jabrill Peppers on Tuesday evening (more on that here).

That’s the deal Gettleman was holding out for? If so, he got absolutely fleeced by his counterpart in Cleveland, John Dorsey.

This deal now proves that the New York Football Giants are the worst-run organization in the NFL.

Still hanging with Eli Manning: Giants appear to be stuck in the past.

Reality vs fiction: Giants are not contending any time soon.

It’s high time the Giants give up on any hope of contending over the short term. This team is a mess. The front office has no idea what it’s doing.

Now that OBJ is gone, start a full-scale rebuild and feature Saquon Barkley moving forward. He’s the only thing going for this team right now.

Oh, and draft a quarterback in April. Minor things.