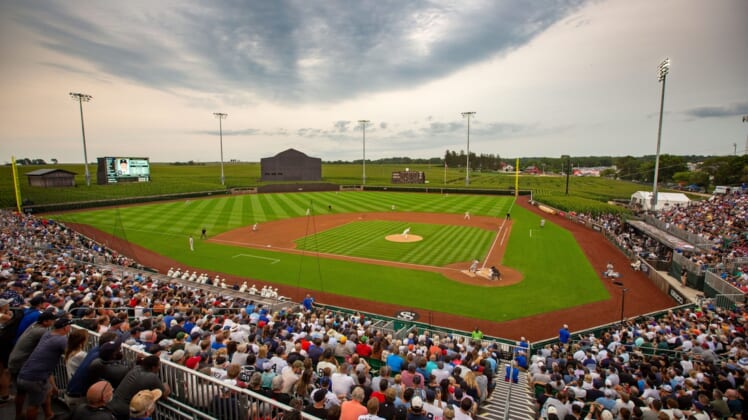 DJ LeMahieu bats for the New York Yankees in their game with the Chicago White Sox near the Field of Dreams movie site outside of Dyersville, Thursday, Aug. 12, 2021.THREE – Fod32 Jpg

The “Field of Dreams” game between the New York Yankees and Chicago White Sox on Thursday in Dyersville, Iowa, was a hit not only on the field but also in the ratings.

The White Sox won the game 9-8 on a walk-off home run by Tim Anderson. The game featured eight total home runs, and both teams pulled off comebacks to take the lead in the ninth inning.