Evander Holyfield’s next fight: Everything you need to know

Evander Holyfield is one of the greatest heavyweights to ever compete in professional boxing. Now, after ending his 10-year retirement and returning to the sport on Sept. 11, fans are wondering when is Evander Holyfield’s next fight.

Who will Evander Holyfield’s next fight be against?

Despite falling short in his comeback bout, Holyfield’s fans will surely crave “one more fight” after his matchup against mixed martial arts star Vitor Belfort ended so quickly. When he does return, the fights that are the most logical options would be Lennox Lewis, Mike Tyson, and UFC veteran Frank Mir.

After 10 years away from the squared circle, “Real Deal” made his return to the sport that made him a legend at Triller Fight Clubs: Legends II, inside the Seminole Hard Rock Hotel and Casino in Fort Lauderdale, FL. Unfortunately for the boxing great, former Ultimate Fighting Championship star, Vitor Belfort gave the 58-year-old an unwelcomed return to the ring.

What happened: Holyfield’s comeback fight only lasted 1:49. A sad result for sure, but considering his age, that he was facing a man more than a decade younger, and competing on short notice, a victory was always going to be a challenge for the Atlanta resident. Belfort proved too fast and Holyfield’s reflexes too slow. He was overwhelmed quickly and the fight was over before he knew what happened.

The fallout: A case could be made the bout was ended too quickly. Holyfield did not seem badly hurt or without his wits. However, after falling on a missed punch, and legitimately being knocked down at one point in the fight, the former heavyweight champs age probably forced the referee to be more cautious and give him little leeway when the Brazilian put him in a difficult position. 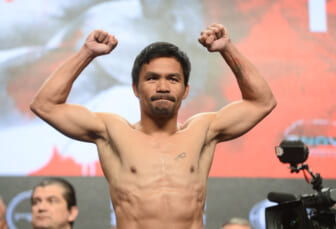 Also Read:
Manny Pacquiao’s next fight: Everything you need to know

The roadmap ahead: There certainly won’t be a rematch, and the Triller brass were already positioning Belfort for a scrap with Logan Paul’s more talented brother Jake. However, there is no reason to expect Holyfield won’t get one more fight. Especially, since he did the promotion a favor and stepped in on short notice when Belfort’s original opponent, Oscar De La Hoya, tested positive for COVID-19.

What makes Evander Holyfield so popular?

The “Real Deal”: Holyfield is a legendary figure for beating some of the greatest fighters of his generation, and often times he was not the favorite going into those matchups. Although he maybe wasn’t the hardest hitter or had the fastest hands in his era, he made up for it with guts and technical boxing brilliance. 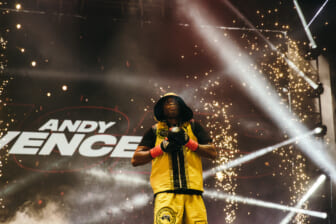 Also Read:
Anderson Silva next fight: Who will next get caught in the ‘Spider’s’ web?

The measure of a fighter is often down to the money they’ve made throughout their career. Due to various reasons, including owing back taxes to the IRS, Holyfield’s net worth went from upwards of US $200 million to an estimated US $1 million in recent years.