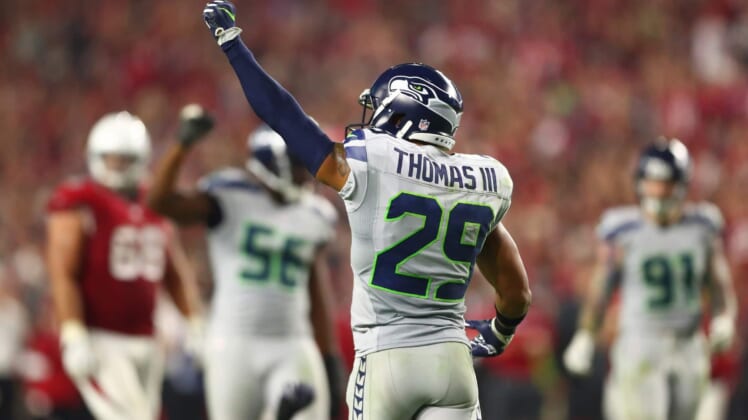 Seattle Seahawks All-Pro safety Earl Thomas is officially a holdout from training camp. In search for a new contract, Thomas has noted that he wants an extension or will force a trade from the Pacific Northwest.

For pretty much the first time since this entire situation broke, Thomas’ agent is speaking out on the situation. Interestingly enough, he’s doing so through the media while putting Seahawks fans on absolute blast.

“The fact that NFL fans side with teams worth billions instead of players, that put their bodies on the line day in & day out, never ceases to amaze me,” Thomas’ agent, David Mulugheta, wrote on Twitter. “Teams can cut players anytime but players are expected to honor contracts. Capitalism is obviously reserved for certain people.”

Certainly, the Athletes First rep didn’t specifically point to the Seahawks and their fans. But it’s not hard to read between the lines here.

In one way, Mulugheta is 100 percent correct. It’s always interesting to see fans push back against athletes looking for fair-market value while billionaire owners hold on to every last penny like it’s somehow going to make them solvent moving forward.

On the other hand, fans generally root for the logo, not the name on the back of the jersey. How else can we explain San Francisco 49ers fans suddenly taking a liking to Richard Sherman now that he’s a member of the team? What about Minnesota Vikings fans and Brett Favre years back? That story has been repeated over and over again.

In any event, Thomas’ agent is taking the broader approach here. Whether that creates further friction between the Seahawks and his client remains to be seen.