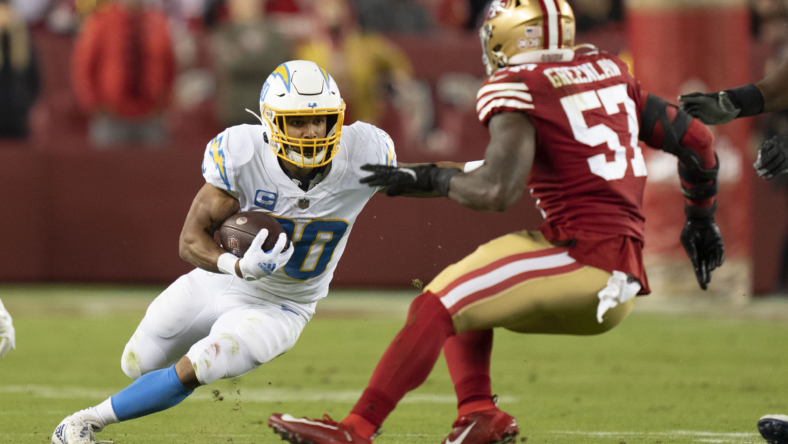 This aggression finally cost him and his team. Late in the second quarter of said game, the recently-extended linebacker was ejected from the game after a helmet-to-helmet hit on Chargers quarterback Justin Herbert.

By rule, that is unnecessary roughness. The question here is whether Greenlaw deserved to be ejected from the game. There’s some controversy surrounding the decision after officials on hand in Santa Clara talked with league authorities in New York.

As for the game itself, this penalty gave the Chargers 15 yards and set them up for a field goal and a 16-10 halftime lead.

Another tidbit here is the fact that Herbert had to be removed from the game while he undergoes the in-game concussion protocol. Obviously, we’ll have more on his status when updates come out.

Did Dre Greenlaw deserve to get ejected for his on Justin Herbert?

Those watching the game were split. At first glance, it looked like he was attempting to lower his shoulder, but Herbert changed trajectory.

What we do know is that this play could have wide-ranging ramifications on both the game and the NFL Playoff race. Greenlaw is among the 49ers’ best defensive players. He’s now out for the remainder of the game.

As for Herbert, he’ll continue to be evaluated for a concussion. If the star quarterback can’t go, it will have a huge impact on the Chargers’ offense.