It might all be a coincidence, but the NBA gave Donovan Mitchell and the rest of the Cleveland Cavaliers roster performance-enhancing drug tests less than 24 hours after the All-Star guard’s historic 71-point game on Monday.

On Monday night, Donovan Mitchell was at the absolute height of his powers as he set a Cleveland Cavaliers record for points in a single game with 71. It was an impressive feat for a franchise that was once called home by elite scorers like Lebron James and Kyrie Irving.

On the night, the 26-year-old made 22 of his 34 shots, 20 of 25 free throws, and an outstanding seven three-pointers. Mitchell is still in the early days of his Cleveland Cavaliers tenure, following a summer trade from the Utah Jazz, however, he has already forever stamped his place in the franchise’s history.

Yet, despite all the positive feelings from the Cavs’ win over the Chicago Bulls earlier this week, it seems that the NBA might have had some questions about the historic performance and wanted to verify its authenticity.

On Tuesday, the team revealed to ESPN that Mitchell and his teammates were issued tests for performance-enhancing drugs the morning following the three-time All-Stars historic output.

The outlet added that “players are typically subject to four random tests for PEDs during the season and two during the offseason, according to the collective bargaining agreement.” This means that the tests might have been planned well in advance by the NBA. Nevertheless, the timing is pretty curious. 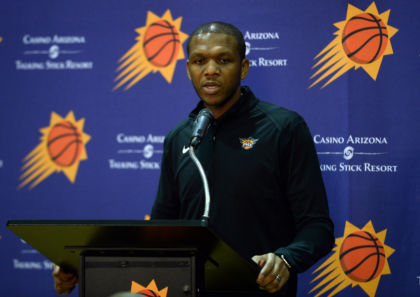 Also Read:
Phoenix Suns management has a reputation as ‘stubborn’ and difficult ‘to do trades’ with

Donovan Mitchell also confirmed the tests handed down from the league on his Twitter account in a tweet response to teammate Robin Lopez when he said, “Andddd just like that we are drug tested this morning.”

The Jazz veteran is having a career year so far in Cleveland. His 29.3 points per game are over three points better than his previous career best of 26.4, which he posted two seasons ago.

Snip Daily - 7 Best Soccer Movies and Where to Stream Them