Some key decision-makers inside the Phoenix Suns management staff have reportedly developed a reputation around the NBA as “challenging” to make trades with.

After a disappointing finish last season, the Suns began this one strong and among the best teams in the Western Conference. Despite Chris Paul’s slow start due to injuries and age, and Deandre Ayton not taking leaps forward in the first year of a massive extension, superstar Devin Booker and head coach Monty Williams were able to keep the team highly competitive.

However, that quickly changed last week when a groin injury sidelined Booker. With the team’s top star out, the Phoenix Suns have lost six of seven and have plummeted down the NBA standings.

With Booker possibly out for a month, it has put more of an impetus on the Phoenix Suns to make a trade to improve the roster sooner than later. Such as a long-awaited deal for disgruntled swingman Jae Crowder. However, a new report claims a deal to save the team from digging a major hole in the standings may be a difficult task for this particular front office.

During an edition of the “Hoop Collective” podcast last week, ESPN NBA insider Brian Windhorst went into detail about the Jae Crowder trade situation and it taking much longer than anyone expended because of a specific characteristic of the team’s management staff.

“A few things on the Jae Crowder front. No. 1: The Suns have a very high standard when it comes to doing transactions. They have had very good transactions under James Jones … It’s challenging to do trade business with the Suns, teams will tell you that. There’s some teams where you see them make a lot of trade transactions, the Suns are not one of them, and that’s played out with Jae Crowder.” 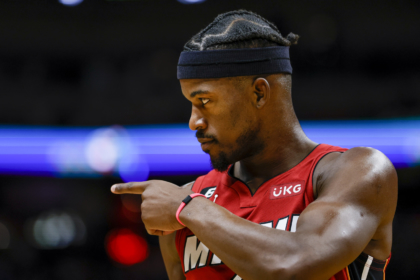 Furthering the reputation of Phoenix Suns decision-makers being difficult, is what Windhorst called stubbornness in general manager James Jones and head coach Monty Williams, and the front office’s nature to “bicker” amongst each other over things because they know they can eventually work it out.

“Those core [front office] guys have a lot of reps together and there’s a laundry list of things they’ve had to overcome and so they are a little bit more prone to bickering because they know they can get over it.

“But also Monty Williams’ style — while he does have a very well respected leadership style where he can put his arm a player — there’s also times where Monty can kind of be stubborn … Also James Jones, the way he operates as an executive, he can be very stubborn.”

While it is not a bad thing to get the best deal possible, paralysis by analysis can also be a detriment. The New York Knicks driving a hard bargain cost them lading Donovan Mitchell in a trade this summer. The Suns need to move Crowder and get value, hopefully, to improve the roster with the team in the midst of a major slump.