If you are a Miami Heat fan hoping they make a big move and get back into serious title contention like they were last year, you may want to lower your expectations considerably.

This season has not been what the Heat hoped after nearly reaching the NBA Finals earlier this year. While the team has seemingly overcome its struggles from October and November, they are still a middle-of-the-road team in the Eastern Conference at 18-18. Top players like Jimmy Butler, Bam Adebayo, and Tyler Herro have been good, but they are from enough to be a contender in a deep conference.

The Miami Heat were rumored to be in the hunt for superstars like Kevin Durant and Donovan Mitchell when they were available this summer. Obviously, they didn’t land either player and really didn’t do much to their roster this off-season. It seems that the team’s conservative approach to acquisitions may not have been bad luck in the summer, but a greater strategy from the organization that could last through this season.

Are the Miami Heat just doing enough to get by this season?

In a Saturday Q&A column, Heat insider Ira Winderman spoke on the team’s lack of aggressiveness to improve the roster as they sit with a .500 record heading into the new year. And in his opinion, the organization may be doing just “enough to get by” and punt making big moves until next season.

“This notion of resting players, with Victor Oladipo held out Friday and Jimmy Butler likely to miss Saturday seems misguided considering where the Heat are in the standings, and, more to the point, all of the time the team has had off these past two weeks, with five games in 12 days going into Friday.

“I know the Heat will heatedly deny this, but this sort of has a feeling of a gap year, of just doing enough to get by. Yes, there could be something said about getting a split from the games in Denver and Utah. But if the Heat have aspirations of anything more than a No. 6 seed, it seems like this would be go time. At the moment, it does not feel that way.” 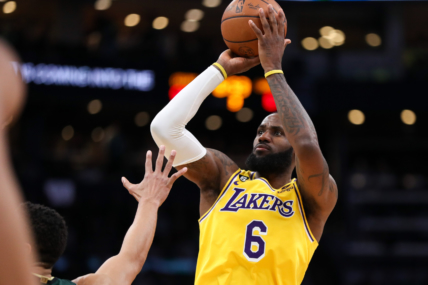 The Miami Heat enter a New Year’s Eve matchup against the Utah Jazz in the seventh spot in the Eastern Conference.