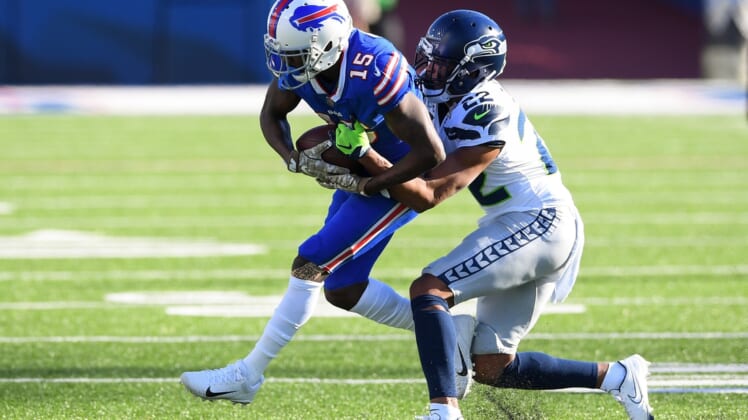 Free-agent defensive back Quinton Dunbar is signing a one-year deal with the Detroit Lions, his agent announced on Twitter on Monday.

Dunbar, 28, is entering his seventh season in the league and most recently played for the Seahawks, appearing and starting in six games in his lone year in Seattle. The undrafted cornerback, who played collegiately at Florida, recorded five pass defenses and an interception in 2020 for Seattle to go along with 30 tackles.

Dunbar’s campaign came to an end last year when he was placed on injured reserve in November. Prior to joining the Seahawks, Dunbar spent his first five seasons with the Washington Football Team, with whom he played in 48 games (25 starts).

Washington traded Dunbar to Seattle in March 2020 in exchange for a fifth-round draft pick.

Dunbar surrendered to the Miramar (Fla.) Police Department last May when a warrant was issued for his arrest because of armed robbery charges. The charges were eventually dropped.

For his career, Dunbar has appeared in 64 games (31) starts) and has made 10 interceptions and 180 tackles.