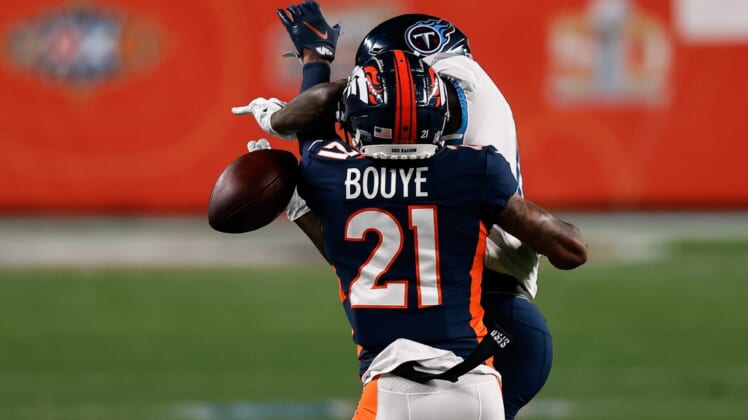 The Denver Broncos on Wednesday announced the release of cornerback A.J. Bouye after just one season, saving the team $11.68 million in salary cup space.

Denver acquired Bouye in March 2020 in a trade with Jacksonville for a fourth-round pick, but injuries and a late-season suspension limited the former Pro Bowl defensive back to seven games. He recorded six passes defensed, no interceptions and had 23 tackles.

Bouye, 29, made the Pro Bowl in 2017 with a career-high six interceptions for the Jaguars.

Bouye was suspended in December for six games for violating the NFL policy on performance-enhancing substances. He missed the last four games of the season and will have to sit out the first two games of the 2021 season, should he sign with another team.