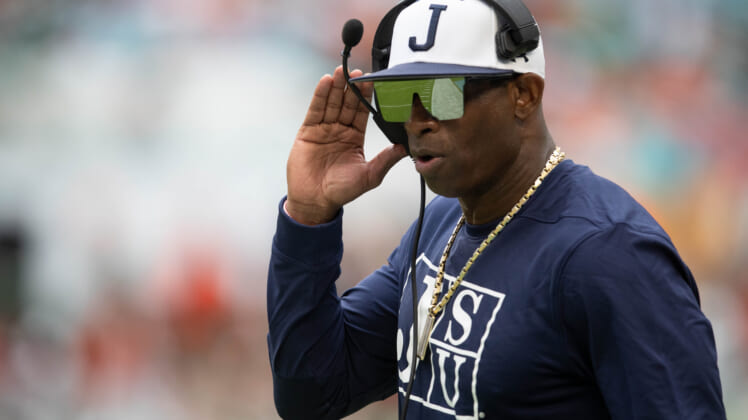 Sanders, 54, took over as the Jackson State head coach back in 2020 without any top-level coaching experience. He’s turned that into a 9-1 record this season and an overall mark of 13-4.

Seen as a fiery figure dating back to his days as a player in the NFL from 1989-2005, Sanders could very well be looking at a coaching upgrade.

Most recently, he’s been linked to the Texas Christian job following the shocking resignation of Gary Patterson. In fact, he just recently interviewed for the Horned Frogs’ opening. Below, we look at five ideal fits for Deion Sanders should he move on from Jackson State.

Imagine this narrative. Sanders making his way to Southern California to be a replacement for the recently-fired Clay Helton. It’s a move of this ilk athletic director Mike Bohn might have to make to save a sinking ship.

The Trojans find themselves at 4-5 on the campaign. They have not made it to a major bowl since back in 2016 and have failed to win double-digit games since 2017. For USC, the idea of bringing in Deion would also enable the program to regain its popularity among the alumni and those in Southern California.

Is it possible Texas will move off Steve Sarkisian after just one season? At this point, I wouldn’t put it past AD Chris Del Conte following an absolutely brutal loss to the downtrodden Kansas Jayhawks.

“It’s important that we discuss the reality of the situation facing Coach Sark and our football program,” Del Conte wrote following the aforementioned loss. “It came up in Monday’s press conference and is something we’ve talked about. This isn’t to cast any blame or make excuses; it’s just factual that we have some real depth issues. As injuries mount, it’s even more glaring. When you look at it, 52 percent of our 2018 signing class and 46 percent of the 2019 class are no longer here.”

Much like USC, the Longhorns have failed to remain relevant on the broader national stage. Outside of an appearance in the Sugar Bowl back in 2018, we’re talking about a rich college football program that hasn’t really done much since the Vince Young era back in 2009. Set to join the SEC within the matter of years, there has to be a renewed attempt to return this program to relevancy. Neon Deion would be a nice initial start.

As noted above, Deion has already interviewed for the Horned Frogs job. There’s now a decent chance that he could be headed to Fort Worth.

“I’m not saying he is going to get the job, not saying he’s the leading candidate at this point, but he is in the mix,” a source told the Fort Worth Star-Telegram after Sanders’ interview. “He was impressive.”

Under the leadership of Gary Patterson from 2002-2021, TCU found itself relevant on the national stage. That included a total of 11 bowl wins and 11 seasons with double-digit victories. While things are trending downward for the program, bringing in Deion Sanders would be an absolute coup. 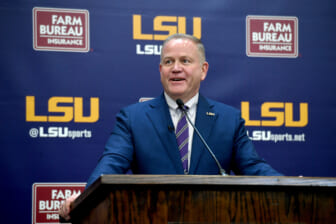 Previously seen as a respected head coach, Ed Orgeron’s tenure in Baton Rouge will come to an end following the 2021 season. It’s been disappointing after he rode one of the most-talented rosters in history to a 15-0 record and the national championship back in 2019. Since then, the Tigers are a combined 9-11.

It doesn’t take a genius to realize just how attractive the LSU job could be. It legitimately exists with the New Orleans Saints as the talk of the Louisiana sports scene. From the Tigers’ perspective, adding a recruitor like Sanders to tap into the southern market would also be pretty darn big. 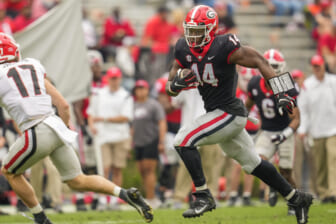 Of all the scenarios, this makes the most sense for Deion. Returning to Tallahassee where he starred from 1985-88 would be a dream come true. He’s already royalty within the college town. Now, imagine Sanders being able to turn things around for the Seminoles. That’d be huge.

Once considered one of the great college football programs, Florida State has fallen on hard times pretty much since the retirement of the recently-passed Bobby Bowden. It sits at 4-6 on the season and has not posted a winning record since back in 2017. Mike Norvell seems to be in over his head. In reality, athletic director David Coburn nabbing Deion Sanders from Jackson State could be a way to change things big time.