In what was an odd season-ending press conference, Portland Trail Blazers general manager Neil Olshey made it clear Damian Lillard will not be traded this summer.

Whether a trade is even in the cards this offseason depends heavily on how the loyal guard views the Blazers’ organization after yet another first-round exit in the NBA Playoffs.

Lillard, 30, was absolutely brilliant in a six-game series loss to the Denver Nuggets — averaging 34.3 points and 10.2 assists on 45% shooting from distance. Despite this, Portland fell to a Nuggets squad that was without its entire starting backcourt. That led to the firing of longtime head coach Terry Stotts. 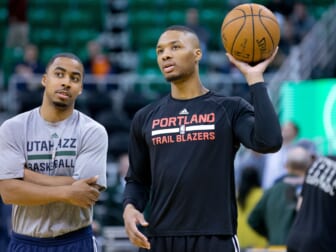 There’s now a chance that Lillard’s loyal mentality will be replaced with the reality that winning a championship likely won’t happen in the Pacific Northwest. If so, there’s a number of teams who have a shot at landing the future first ballot Hall of Famer. That list starts with an obvious choice.

According to Sports Betting (h/t HoopsHype), these are the odds to land Dame in a blockbuster trade this summer.

It’s no surprise that the Knicks would sit atop this list. They exist in North America’s largest media market and just returned to relevance by earning their first playoff appearance since 2013. Team president Leon Rose is expected to be active in adding more star power to the mix over the short-term, too.

How would a Damian Lillard trade to the New York Knicks look?

A starting-off point as it relates to compensation heading back to Portland would likely be what the Houston Rockets received in their blockbuster James Harden trade with the Brooklyn Nets early in the 2020-21 NBA season. That included three first-round picks and four pick swaps.

However, the Blazers would likely rather have some young talent in lieu of all of those draft picks. Remember, Houston opted to start anew with a complete rebuild. I am not sure these Blazers are in the same situation. Under that theory, here’s how a trade might look. 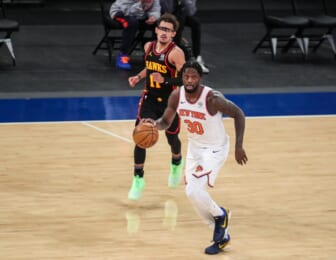 The Knicks are set to be an estimated $56 million under the cap this summer. Hence, why the financials would work out here. They can take on Damian Lillard and his salary without sending out equal salaries. That’s one of the reasons New York is favored to land the star guard.