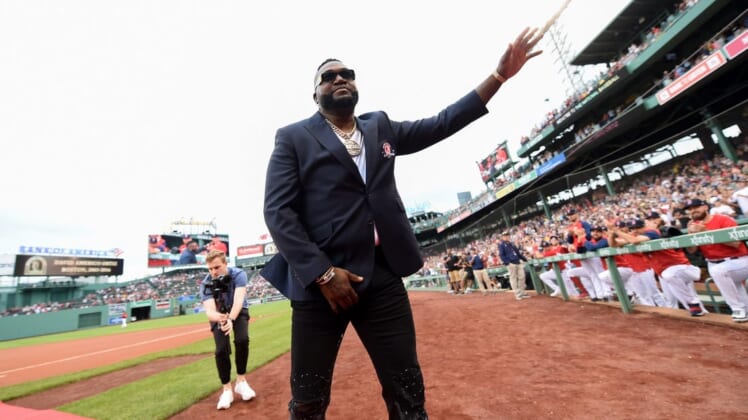 COOPERSTOWN, N.Y. — Almost 40 years will have elapsed between his last big league pitch and his induction into the Baseball Hall of Fame, so Jim Kaat isn’t kidding himself about the marketing opportunities his enshrinement will provide.

But there is one product that could be endorsed by Kaat — or any of his fellow inductees and their families — leading up to and after this weekend’s festivities.

“I’m not going to be getting many endorsement opportunities like ‘Big Papi,'” Kaat said before chuckling. “Unless they have, like, a Duracell battery or something for long life.”

Perseverance will be the trait tying the Class of 2022 together Sunday afternoon, when six baseball icons are officially inducted into the Hall of Fame during ceremonies at the Clark Sports Center in bucolic Cooperstown, N.Y.

First-ballot inductee David Ortiz – aka “Big Papi” – will be celebrated alongside a quintet of men elected via a pair of Era Committees in December.

A pair of late Black baseball pioneers, Bud Fowler and Buck O’Neil, were voted in via the Early Baseball Era Committee, which focuses on those whose careers were constructed prior to 1950.

Even Ortiz, who was just the 59th player elected in his first year of eligibility, traveled a challenging path to Cooperstown. Ortiz was 26 years old and a career .266 hitter with 58 homers in 455 games when the Twins didn’t tender him a contract following the 2002 season.

But Ortiz established himself as perhaps the best designated hitter of all-time over the next 14 seasons, all of which he spent with the Boston Red Sox. He hit .290 with 483 homers and 1,530 RBIs in regular season play and .291 with 17 homers and 57 RBIs in 76 playoff games while leading the Red Sox to three championships – their first titles since 1918.

Ortiz is the third Hall of Famer to spend more than half his career at designated hitter. He made 84.3 percent of his appearances as a DH, far more than Edgar Martinez (68.3 percent) and Frank Thomas (56.4 percent).

“It’s an honor being inducted into the Hall of Fame, where you’re going to be sitting down with this elite group of players,” Ortiz said. “That’s not easy to be part of and (it’s) something that I really look forward to.”

Kaat won 283 games and threw 4,530 1/3 innings during a 25-year career that ended in 1983, which makes his wait by far the shortest of the five Era Committee electees.

“It’s hard to let it sink in,” the 83-year-old Kaat said of the Hall of Fame moniker. “But it’s pretty humbling.”

Oliva, who turned 84 Wednesday, made eight All-Star teams and won three batting titles during a career spent entirely with the Twins from 1962 through 1976.

“As a ballplayer, we don’t expect to be in the Hall of Fame,” Oliva said. “I was fortunate to play in the big leagues. I just wanted to play the game.”

Minoso debuted in the Negro Leagues in 1946 and played for four big league teams from 1949 through 1964 before making brief cameos with the White Sox in 1976 and 1980, which allowed him to become the third and most recent player to play in parts of five decades. He finished his career with a .299 average and led the American League in stolen bases three times.

Hodges retired in 1963 and died of a heart attack in April 1973, four years after he managed the Mets to the franchise’s first championship. O’Neil’s playing career with the Negro League’s Kansas City Monarchs ended in 1948, more than 10 years before he became the first Black man to hold a coaching position in Major League Baseball.

He died at age 94 in October 2006, just months after he spoke at the Induction Ceremonies on behalf of 17 Negro League inductees. Fowler died in 1913, 18 years after his barnstorming career with Black baseball teams concluded.