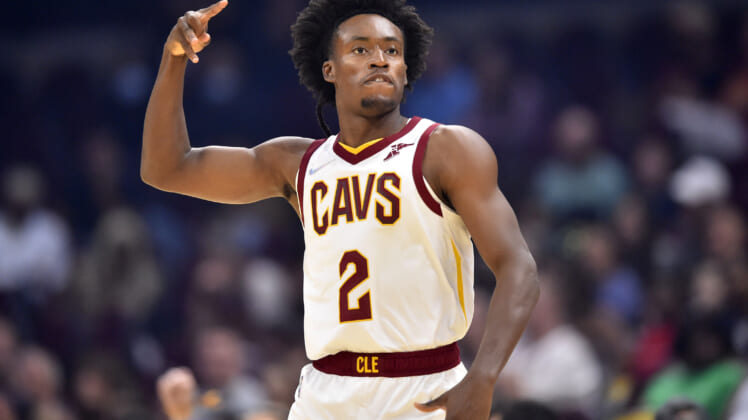 Restricted free agent Collin Sexton reportedly has a contract offer from the Cleveland Cavaliers on the table for three years and $40 million, or something close. Only the 23-year-old former No. 8 overall pick from 2018 isn’t excited about the offer.

It’s not because he doesn’t want to return to Cleveland, where he’s likely the starting shooting guard on what figures to be a playoff team. Instead, Sexton hoped to secure a larger offer in free agency.

Obviously, being limited to just 11 games after tearing his left meniscus in 2021 has limited his market during free agency. But being a restricted free agent likely hasn’t helped matters either.

Teams know if they make an offer too low, they’re just helping the Cavs secure a talented player at a reduced rate. And at this point, very few teams have the cap space to make an enticing offer too rich for the Cavaliers to match. There are only three teams currently under the 2022-23 salary cap, with the Indiana Pacers, San Antonio Spurs, and Detroit Pistons holding the most space.

All three teams either have an established backcourt or in the Spurs’ case, aren’t looking to field a competitive roster next season. This has left Sexton without another option.

Collin Sexton’s not getting his way in free agency

As far as what Sexton wants? According to Zach Lowe of ESPN, Collin initially hoped to secure a payday guaranteeing him at least $20 million per year. Specifically, Lowe said he was told Sexton wanted a contract that “started with a 2 and not a 1“. Lowe adds that Sexton views himself as a starting two-guard in the NBA.

He’s absolutely right. Sexton is plenty capable of being a starting shooting guard for a competitive team. This is a dude who averaged 24.3 points per game when he was 22 the year before he tore his meniscus. Teams will always value players who can get buckets, and Sexton’s proven capable.

But $20 million per season? Sexton won’t come close at this point in the offseason, I’m sure he realizes that, but there’s nothing he can do about it now. Instead he’ll have to use this as fuel for next year, hoping to show teams they made a mistake by not making an effort to add Sexton to their roster.