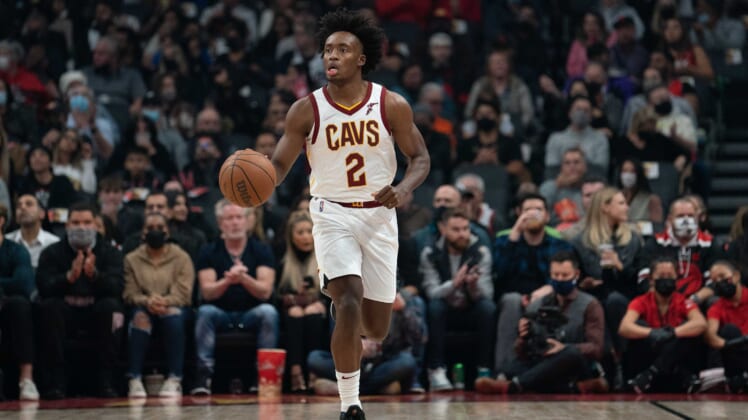 The daily activity around the NBA has come to a screeching halt. But that doesn’t mean there still aren’t plenty of deals to be made. One of the top remaining free agents available, Collin Sexton, has generated very little interest on the open market.

Sexton is a restricted free agent, and the Cleveland Cavaliers have already extended a qualifying offer to the versatile guard. Usually in these cases another team will present Sexton with an offer sheet that allows the Cavs to match within 48 hours. Only Sexton hasn’t been able to secure that offer from another team just yet.

It’s not that the Cavaliers don’t want to keep their first-round pick from 2018. They just want the market to set the standard for what he’s worth. In Sexton’s case, that’s tricky. After tearing the meniscus in his left knee after just 11 games, Sexton missed most of the season.

Yet this is a player who averaged 24.3 points per game the year prior, and he’s still just 23. He has a lot of talent to offer, but the likelihood that he secures a payday nearing the suggested $20 million annual amount has disappeared this late in the offseason.

As mentioned, the Cavs want to keep Sexton, and they’ve made a preliminary offer to their young guard, in the ballpark of a three-year, $40 million contract, according to Chris Fedor. What’s next for Sexton? He has the option to accept the offer or continue shopping around, hoping for an even better contract from another team.

Collin Sexton’s best fit is likely back with the Cavs

Collin Sexton doesn’t really have an option here. He’s likely stuck with the Cleveland Cavaliers since they hold the right of first refusal in any offer he receives. With most of the money already spent in free agency, it’s unlikely that a team will jump in with an offer the Cavs simply cannot match.

It makes much more sense for Sexton to return for Cleveland, even if Darius Garland has since taken over as the lead guard. Sexton’s role may not be as large as it was, or as ball-dominant going forward with the Cavs, but he can still show off his skills while helping a team make a postseason push.

He already has built chemistry with his teammates, and they did start 7-4 last season while Sexton was healthy. Having a healthy Sexton back in the lineup next to Garland gives the Cavs that extra scoring punch they missed last season. He just might be the missing link to their success after falling just short of the playoffs in the East.

Unless a team comes out of nowhere with a ridiculous offer, Sexton’s likely to return with the Cavaliers, and that’s the best option for his immediate future. From the looks of it, his contract would still be very tradeable if need be next season. For now, expect Sexton to kick off his fifth season in Cleveland in 2022.

Related: Darius Garland: ‘Cleveland Cavaliers can make it to the Eastern Conference Finals’ next year