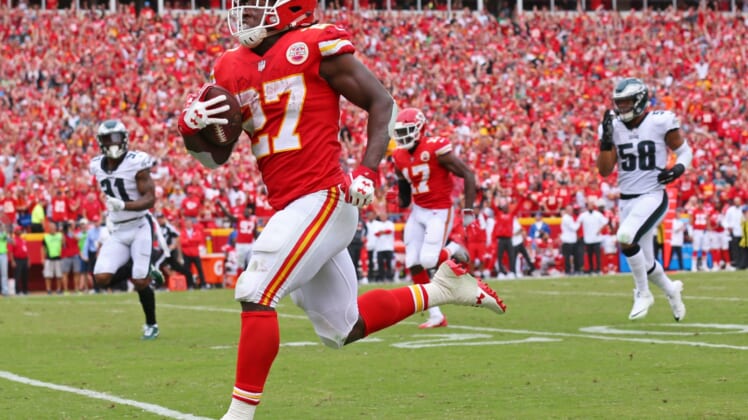 The Kansas City Chiefs released a statement in light of the the released footage showing running back Kareem Hunt attacking and kicking a woman on the ground.

On Friday night, the team announced he was being released and that he was not truthful about the incident.

Statement from the Kansas City Chiefs on Kareem Hunt

Kansas City sent Hunt home on Friday within hours of the video’s release, though it didn’t release a statement along with it at the time. The video comes from an incident back in February when he was accused of attacking a woman outside his apartment.

It comes in light of TMZ’s video, which showed Hunt charging at the woman as others try to restrain him. He then knocked one of his friends into her and kicked her while she was seated on the ground.

The NFL announced just minutes before the Chiefs made their statement that Hunt is being placed on the Commissioner’s Exempt List and that it is looking back into its investigation in light of this video.