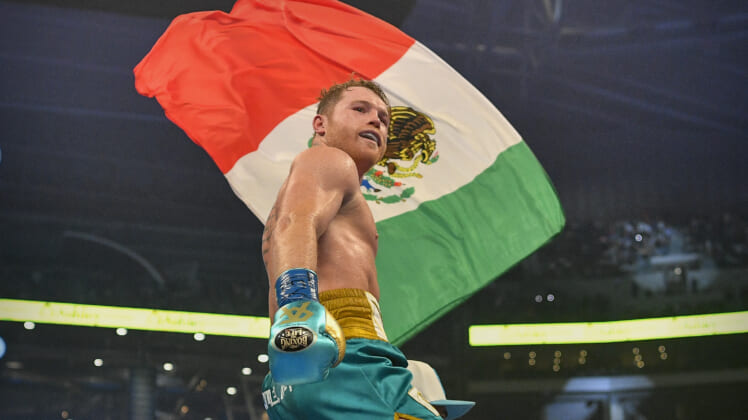 It was just back in August that reports came out suggesting that Canelo Alvarez would take on Caleb Plant later this year to vie for the undisputed super middleweight championship.

If what we saw at the Beverly Hilton in Beverly Hills on Tuesday is any indication, said match is going to be absolutely epic.

Canelo Alvarez and Caleb Plant took to the stage in Southern California to officially announce the championship fight. That’s when all heck broke loose. Almost literally.

Alvarez shoved Plant as the two were jawing on the stage. Plant responded in kind, leading to an epic pre-fight brawl between the two champions.

One might conclude that this was a publicity stunt between Alvarez and Plant. I just don’t see that. Both champs were out for blood.

As for the real fight between Canelo Alvarez and Caleb Plant, it’s set to take place Nov. 6 at MGM in Las Vegas. The latter currently holds the WBA, WBO and WBC super middleweight titles while Plant has been the IBF 168-pound super middleweight champ since 2019.