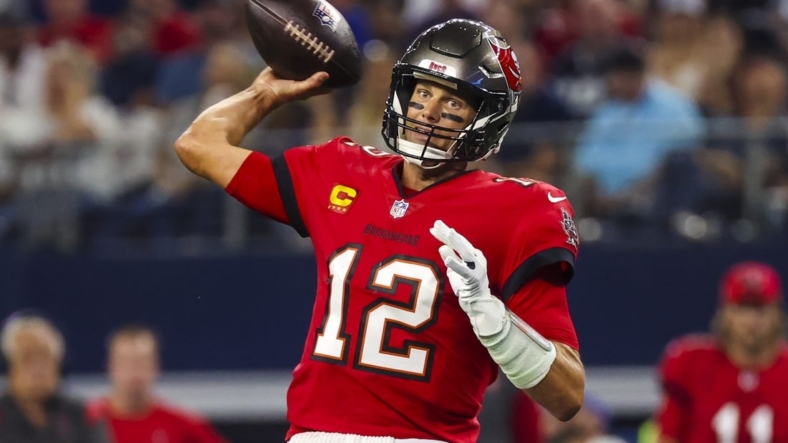 Kicking off his 23rd season, Brady improved to 7-0 against the Cowboys and at age 45, became the oldest starting quarterback in NFL history. He completed 18 of 27 passes for 212 yards with a touchdown and an interception.

Leonard Fournette rushed for 127 yards, Mike Evans caught five passes for 71 yards and a TD, and Ryan Succop made four field goals to give Bowles his first victory as a head coach since Dec. 9, 2018 with the New York Jets.

After leading the NFL in total offense last season, the Cowboys managed only a field goal on the opening drive of the game. They struggled to move the ball and heard boos from the crowd at AT&T Stadium, finishing with 244 yards of offense and 12 first downs.

Dak Prescott completed just 14 of 29 passes for 134 yards and a pick before exiting in the fourth quarter to have his right (throwing) hand examined by the medical staff. He was replaced by Cooper Rush.

The Buccaneers led 6-3 after one quarter. After Brett Maher capped the Cowboys’ opening 14-play drive with a 51-yard field goal, Succop answered with kicks from 44 and 38 yards.

The Bucs drove to the Dallas 8- and 4-yard lines on consecutive possessions and came away with only three points. Parsons’ timely sacks forced Tampa Bay to settle for field-goal attempts, with Succop misfiring from 36 and hitting from 29 yards for a 9-3 lead with 3:25 left.