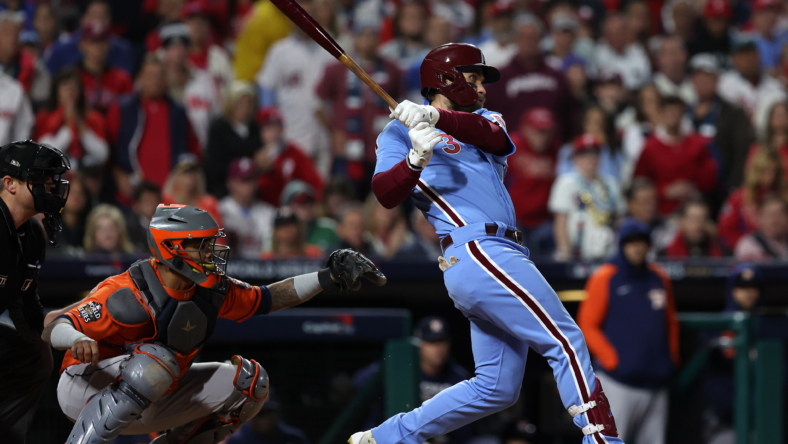 Philadelphia Phillies outfielder Bryce Harper carried the franchise to the World Series in the postseason, winning NLCS MVP thanks to a dramatic game-winning home run. After playing through an elbow sprain, Harper finally underwent surgery to address the issue.

The Phillies didn’t immediately provide clarity on the procedure their All-Star slugger received. Many knew the worst-case scenario would be Tommy John surgery, forcing him to miss significant time in the 2023 MLB season.

On Nov. 23, the club announced that Harper underwent Tommy John surgery performed by Dr. Neal ElAttrache. It meant the two-time NL MVP would miss Opening Day and created uncertainty regarding when he’d return to the lineup.

MLB insider Jon Morosi provided an update on Harper’s injury and explained how the absence will likely influence Philadelphia to be more aggressive in free agency.

“He should be back in a DH capacity in the first half of the year. It may not be Opening Day, it’s likely to be closer to around the first of May that he’s able to be competitive and hitting again.

One of the best comparisons to be made for Harper’s recovery is to Shohei Ohtani. The two-way phenom underwent TJS in October 2018 and he returned to serve as the designated hitter for the Los Angeles Angels in May.

Fans might not see Harper in the Phillies’ lineup until June, considering he underwent the procedure a month later than Ohtani did in 2019. However, the handling of two of the best power hitters in MLB should be the same.

Philadelphia will likely take the same approach in 2023 with Harper as it did when he was first diagnosed with an elbow injury early last season. He will strictly serve as the designated hitter, requiring both Kyle Schwarber and Nick Castellanos to play the corner outfield if they want to be in the lineup. 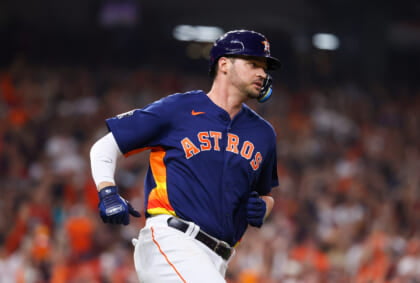 While it’s not an ideal position for the club to be in and limits the versatility of the lineup, the Phillies will happily take whatever allows them to keep Harper’s bat in the heart of the order.