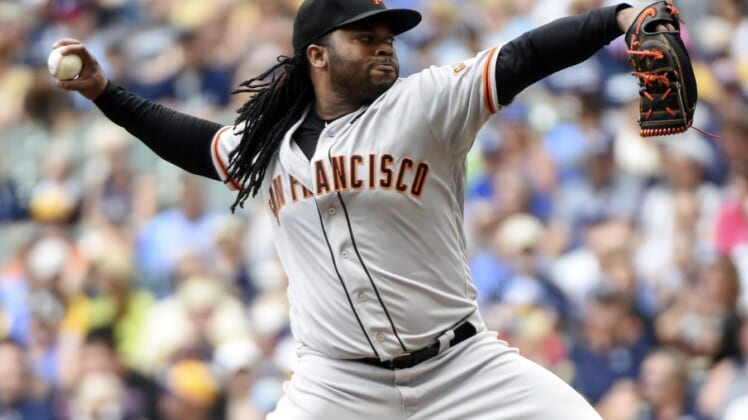 A rough season for San Francisco Giants pitcher Johnny Cueto could get rougher.

Manager Bruce Bochy told reporters Monday that Tommy John surgery is definitely back under discussion, according to Andrew Baggarly of The Athletic.

The surgery, if it’s needed, would be due to continued pain in his elbow.

Johnny Cueto says he feels pain every time he throws a pitch. The same pain he felt before going on the DL. He’ll meet with the doctors tomorrow.

The Giants signed Cueto to a six-year deal back at the end of 2015. He’s currently playing out the third year of that contract, which is worth a staggering $130 million.