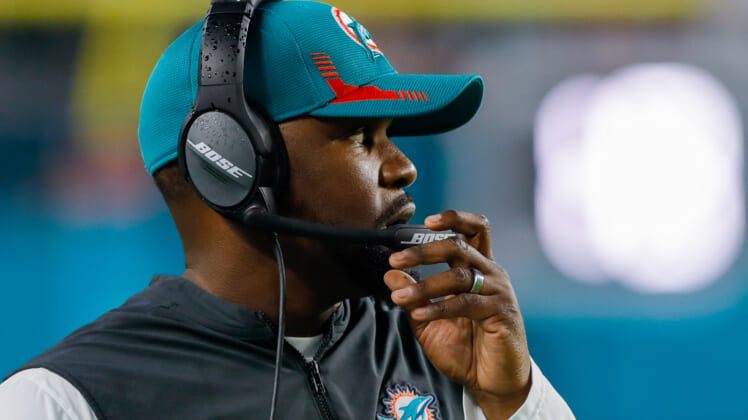 As the National Football League conducts its annual meeting, NFL commissioner Roger Goodell will face questions about the league’s investigation into Brian Flores’s claims of racial discrimination in the league’s hiring process. The suit will soon be even bigger than the league expected.

Flores’ class-action lawsuit accuses multiple NFL teams, including the Denver Broncos and New York Giants, of discriminatory hiring practices and not abiding by the written intentions of the Rooney Rule. While both the Giants and Broncos denied specific allegations made by Flores, multiple Black coaches around the league expressed similar experiences anonymously to reporters about the NFL’s hiring process

With the class-action suit moving forward, Flores will now reportedly have two plaintiffs joining him in his filed complaint against the NFL. 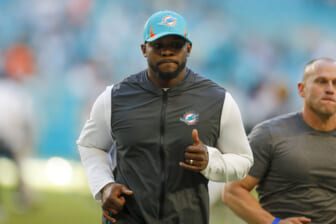 According to Pro Football Talk’s Mike Florio, two more NFL coaches will be joining the suit filed against the league and its 32 teams.

The Broncos, Giants and Miami Dolphins are currently under the spotlight right now in the suit and being investigated by the NFL. Flores, fired after the 2021 season by Miami, accused Dolphins’ owner Stephen Ross of offering $100,000 payments for each game the team lost during the 2019 season.

Flores will be providing evidence to back his claims about Ross. In February, the NFL hired former United State Attorney General Loretta Lynch to defend it in the class-action lawsuit.

Now an assistant coach for the Pittsburgh Steelers, Flores accused the Broncos of conducting a “sham” head-coaching interview with him. He also claimed the Giants hired Brian Daboll as head coach before even speaking to Flores, citing texts sent by New England Patriots head coach Bill Belichick. 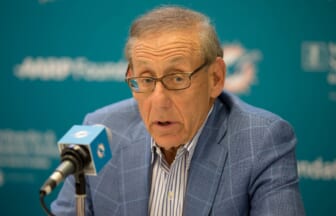