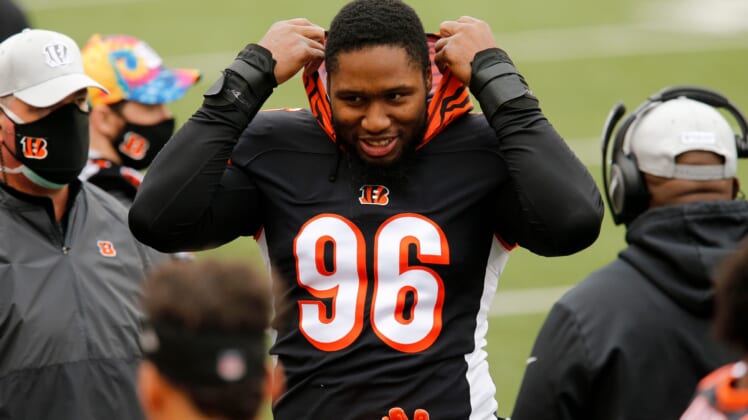 Cincinnati Bengals two-time Pro Bowl edge rusher Carlos Dunlap has finally got his wish. With less than a week to go before the NFL trade deadline, Dunlap has reportedly been traded to the Seattle Seahawks for draft pick compensation and an unknown player.

Dunlap, 31, made news following the Bengals’ Week 7 loss to the Cleveland Browns by legitimately putting his Cincinnati-based house on the market on social media earlier this week. It was a way for Dunlap to force his way out of dodge.

Dunlap should help change that in a big way. In the process, the veteran will help improve a defense that is giving up nearly 29 points per game following last week’s ugly late-game loss to the Arizona Cardinals.

A second-round pick back in 2010, Dunlap registered 82.5 sacks in 10-plus seasons with the Bengals. That includes Dunlap tallying eight sacks or more seven times.

The Seahawks are seen as legit title contenders. They boast a 5-1 record heading into Week 8’s huge game against the division-rival San Francisco 49ers. But the team’s defense has been a major problem. It starts with the pass rush and expands to the secondary.

Acquiring a player of Dunlap’s ilk is going to be absolutely huge for Pete Carroll and Co.

With the NFL trade deadline less than a week away, it remains to be seen if the Bengals and Seahawks will continue to be active. However, it does seem likely that we have not heard the last of these two following the Dunlap trade.