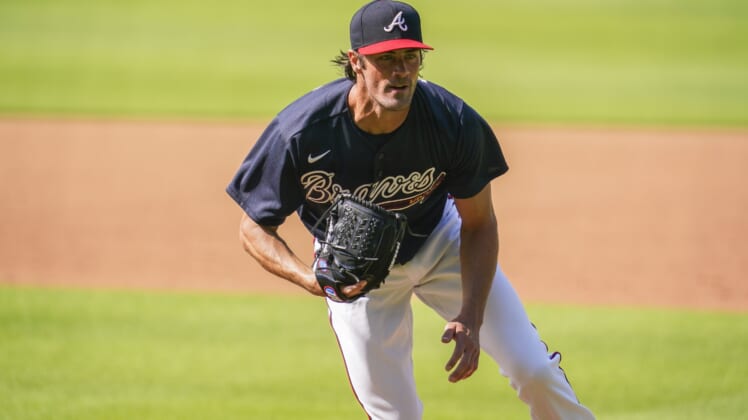 The Atlanta Braves will start their truncated 2020 season Friday against the division-rival New York Mets.

They are also going to be without one of their biggest off-season additions for a while.

This is not good news for a Braves team that lacks depth in the starting rotation. Hamels, 36, signed a one-year, $18 million deal with Atlanta back in December. He was expected to be a big part of the rotation.

With just a 60-game season and six off days, this means that Hamels will miss a vast majority of the 2020 campaign.

Mike Soroka and Max Fried will headline the Braves’ rotation this season. There’s certainly other question marks with Mike Foltynewicz and Kyle Wright being regular members of the rotation.

A four-time All-Star and World Series MVP, Hamels pitched to a 7-7 record with a 3.81 ERA and 1.39 WHIP for the Chicago Cubs last season.

There’s a chance the recently-signed Jhoulys Chacín could replace Hamels in the rotation.

Though, there’s some decent news on this front. The 45-day injured list stint could be backdated some. That would help Hamels return to the bump sooner than anticipated.