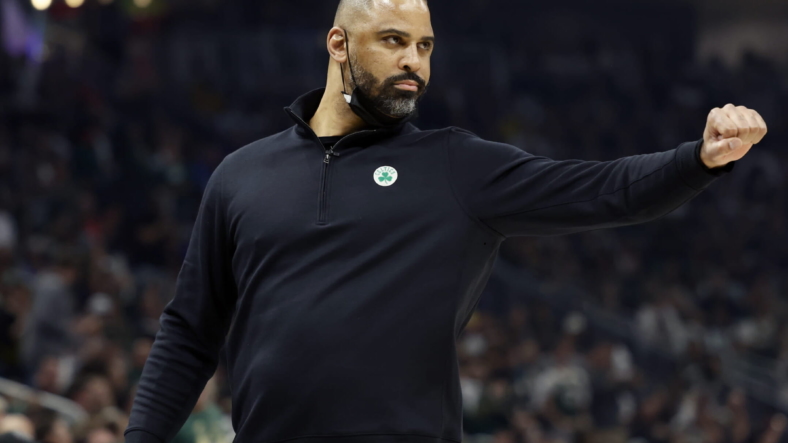 The Boston Celtics’ title hopes in 2022-2023 have changed in a major way with the news that head coach Ime Udoka is expected to be suspended for the entire season due to an inappropriate relationship with a female member of the organization’s staff.

Udoka is only a few months removed from helping to return the Celtics to NBA prominence with a trip to this past season’s NBA finals. He is viewed as one of the top young coaches in the association and is primed to mirror the success of his coaching mentor Gregg Popovich. However, that all changed on Wednesday night when ESPN NBA insider Adrian Wojnarowski broke the news that the 45-year-old had violated certain organizational guidelines and was in line for a sizable suspension.

Soon after the report, The Athletic’s Shams Charania revealed that sources informed him Udoka’s impending suspension was likely due to him allegedly having an inappropriate relationship with a female staff member. ESPN eventually confirmed that report. Udoka has been with actress Nia Long since 2010, the two are engaged and have two children.

On Thursday, Wojnarowski had an update on the story, and it seems the talented coach is expected to be hit with a year-long ban by the franchise.

Who will replace Ime Udoka on the Boston Celtics bench?

The Celtics are primed for a return to the NBA finals in 2022-2023, and the expectation will not change for the person that replaces Udoka on the bench. In the report from Wednesday, ESPN revealed that assistant Joe Mazzulla is expected to become the team’s interim coach in the new season. Udoka’s job with the organization is not believed to be in any danger.

Mazzulla’s experience as a coach includes a tenure as the leader of the staff at Fairmont State in 2017, and he also has experience as an assistant in the NBA’s G-League. He was hired to the Celtics staff in 2019. 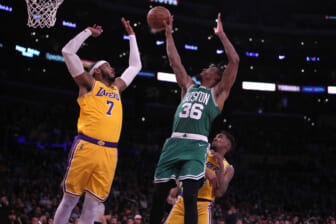 Will Hardy was seen as Udoka’s top assistant last season and would surely have been the choice in this instance, however, he was hired to be the new coach of the Utah Jazz after former coach Quin Snyder resigned in the offseason.