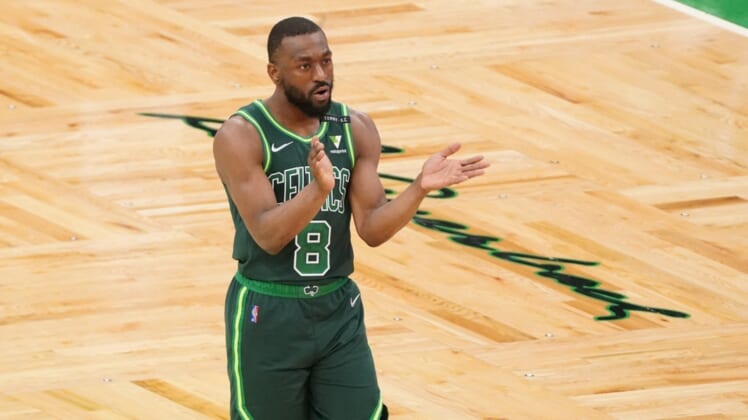 The Boston Celtics have traded star point guard Kemba Walker to the Oklahoma City Thunder in a blockbuster deal sending Al Horford and draft picks to the Celtics.

According to ESPN’s Adrian Wojnarowski, Oklahoma City will receive Walker, the No. 16 pick in the 2021 NBA Draft and a 2025 second-round pick. In exchange, the Celtics acquire Horford’s contract, center Moses Brown and a 2023 second-round pick.

Walker, who has experienced recurring issues in his knee since joining the Celtics, is under contract through the 2022-”23 season. He is owed $36 million next year and holds a $37.653 million player option the following season. In exchange for taking on his contract, Oklahoma City acquires another 2021 first-round pick.

The Celtics will take on the remainder of Horford’s contract. He is owed $27 million next season and $26.5 million in the 2022-’23 season. In addition, Boston acquires Moses Brown. The 7-foot-2 center averaged 9.3 points and 10.2 rebounds in his final 32 games this season, including multiple 20-rebound performances.