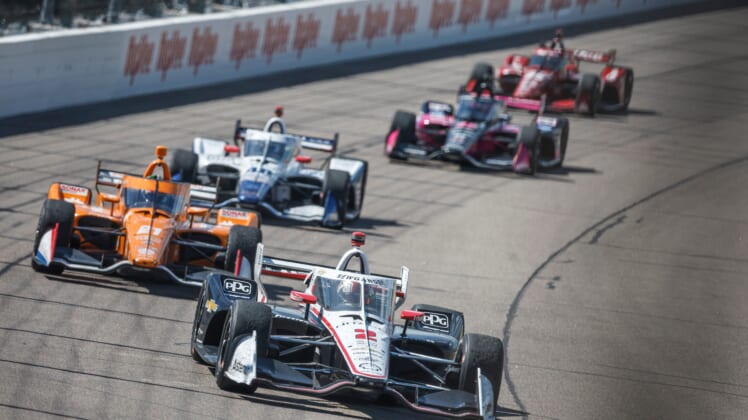 In F1’s last race before the summer break, the racing teams head to Hungary to compete. The track is known for its professional racing and lack of places to pass other cars, as the best drivers tend to come out ahead at the ominously named Hungaroring track.

All eyes are going to be on the Ferrari paddock this weekend. Drivers Charles Leclerc and Carlos Sainz were the talk of F1 after the race last weekend. Leclerc crashed out of the lead for the third time of the season after looking like he was going to bring a third win home in a row for Ferrari. Leclerc’s guttural roar after crashing into the wall was a testament to Ferrari’s season so far.

They have squandered 75 potential points in the Constructor’s Championship due to engine failures and overall design flaws in the car. Leclerc did an amazing job owning the crash last week, taking full responsibility for the mishap. But, based on the season Ferrari has had, he may have been covering for his team.

To make matters worse, Ferrari’s communication with Sainz during the pivotal point in the race last week may have cost Sainz a podium. After starting at the back of the grid, Sainz worked his way up to 3rd, passing Sergio Perez. It was almost out of a movie when the radio came over the cast saying that Sainz should pit, AS he was passing Perez in the Red Bull car. Sainz had to waive off the crew, seeming as if the Ferrari paddock was not even watching the race. After making the pass, he quickly pitted to put on softer tires, but with such little time left in the race, Sainz could not regain his position.

There is a lot of mystery as to what happened to Ferrari last weekend, but this weekend is a huge opportunity to right the wrongs of last week and regain the points they lost in the overall championship run on the season as Mercedes continues to push closer to Ferrari for second place.

Related: F1 gets an $85 million bump in new broadcast rights deal with ESPN

Inconsistency of the Mercedes race crew

With how the Mercedes season has gone, it’s nearly impossible to predict what each race is going to look like. They lack the consistency that they have shown over the last decade and still have yet to win a race this season. But, the last few weeks have shown the titans of F1 racing can still keep up with the fastest cars on the grid.

Last week Lewis Hamilton and George Russell both finished on the podium for the first time this season, finishing second and third behind Max Verstappen. Mercedes believes their car can now compete in every race to squeeze the gap between them and Ferrari. A lot of the race will come down to how these teams qualify, as the track is very hard to overtake.

Last week, Land Norris was able to slot himself in between the two Mercedes cars during qualifying, which shows the discontinuity the team has seen this season. However, Mercedes boasts two of the best drivers in the world, no matter what car they are driving.

Can Max Verstappen and Red Bull continue their charge?

Will Max Verstappen even be shown on TV on Sunday? Or, will we have a repeat of last week where we barely even check in with the driver as he is so far ahead of the pack? Verstappen has reached a point in his career where a non-podium finish is out of the question if he is driving a car that is working. He looks completely in control whenever he gets behind the wheel, similar to how Lewis Hamilton looked for the decade he dominated the sport.

Red Bull has a healthy lead in the championship, but there are head-scratching moments from last week that need to be addressed. Sergio Perez’s lackadaisical restart in last Sunday’s race cost Red Bull a second podium spot. He fell victim to the feints thrown by George Russell, which left him flat-footed out of the restart, quickly relinquishing the 3rd place spot he had held.

As long as Verstappen continues to drive the way he is, and Perez can continue hunting podiums, the championship is all but locked up.