The Miami Heat still need to fill some needs on the roster as we enter Day 3 of free agency. Who are some good free agents remaining for the Heat to sign? 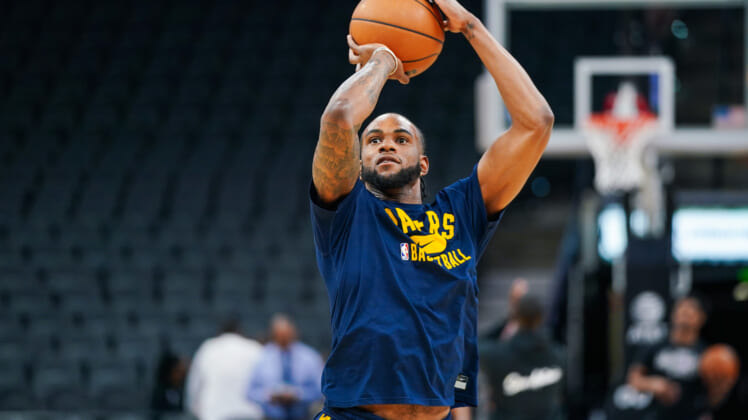 The Miami Heat re-signed Victor Oladipo and Dewayne Dedmon, lost P.J. Tucker to Philadelphia, and remain quiet as they look to land a superstar on the trade market with others signing elsewhere.

Let’s dive into the best and most realistic free agency targets left for the Miami Heat.

T.J. Warren and Jimmy Butler on the same team would be quite interesting to see after their scuffle a few years ago in a game. However, this would be a move that Butler would probably like to see.

It never hurts to have more players like Warren on a Butler-led team. This would be a great addition if Warren can stay healthy, and he would slot in as the starting four next to Bam Adebayo.

Warren is the best player available on this list and there are people linking the two sides together. The Heat is only willing to spend the taxpayer mid-level exception, so Warren would need to sign for roughly $6.3 million.

A signing for Warren can wait as the Miami Heat look to land a major star and that might be the organization’s plan in the first place.

The Miami Heat has shown previous interest in LaMarcus Aldridge and if they think it is worthwhile to give him another try at this age, it would not be surprising to see it happen.

Miami was also the frontrunner to sign Aldridge after the 2021 NBA Trade Deadline but he went Brooklyn’s way after the organization convinced him to join Kevin Durant and Kyrie Irving.

Pat Riley and company always come back to players they have been interested in for previous years. Aldridge might be the next to add his name to the list and it likely wouldn’t command too much money.

The only issue might be Aldridge’s age but they did offer P.J. Tucker a three-year contract, even though those are completely different circumstances. Perhaps, Miami could unlock whatever Aldridge has left.

Cody Martin’s twin brother Caleb Martin played with the Miami Heat last season, so why not pick up another Martin twin that is on the market?

The Heat is interested in bringing Caleb Martin back and depending on if they are interested in teaming up again, Cody Martin could come at a discount.

Caleb Martin put up better overall statistics than his brother but his jump came when he signed with the Heat. Maybe, Cody Martin could have a similar jump if he were to sign in Miami. 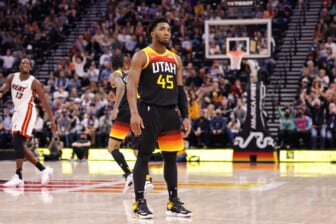 Both of them are 26 years old and would fill up the gaps made in the front court by P.J. Tucker’s departure. If Cody Martin can play like Caleb Martin, it would be intriguing to the Heat, most likely.

It’s unlikely they would be able to afford both at full price, but the idea of playing together on a contending team could give the idea of a discount some momentum, as stated above.

Jordan Nwora is the final name on this list and he could be one of the most underrated signings. Nwora is only 23 years old and stands at 6-foot-8 with room to develop.

Nwora played with the Milwaukee Bucks last season and averaged 7.9 points, 3.6 rebounds, and 1.0 assists while shooting 40.3% from the field in 19.1 minutes per game.

The 23-year-old would be an intriguing option, even if the Heat decides to pass on the player above for him. It obviously shouldn’t be Plan A, but he could fill the Caleb Martin hole if he leaves.

They would still need to find a starting four next to Bam Adebayo, but Duncan Robinson’s contract can fill that hole in an inevitable trade that will be coming once the Kevin Durant trade lets the market be free again.

As of now, let’s keep Nwora as a sneaky signing for the Miami Heat if Martin leaves. It would be a good signing, but the Heat obviously hope Martin can return next season.