Latest Miami Heat news and rumors during the 2022 NBA offseason

Latest news, rumors, and updates on the Miami Heat's 2022 NBA Offseason as they look to make significant improvements. 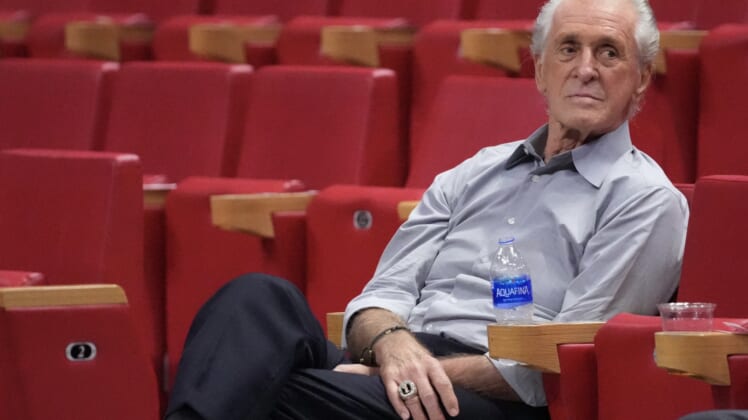 The Miami Heat’s offseason movement will need to be smart if they want to make it back to the NBA Finals for the first time since 2020 as the free agency period opens up.

Here are the latest news, rumors, and updates for the Miami Heat during this process.

The Miami Heat and Caleb Martin came to an agreement on a three-year, fully guaranteed contract that will see the organization use its entire taxpayer mid-level exception.

This move does not hard cap the organization but it does very likely take them out of the running to sign free agents for more than the minimum.

However, this does not take them out of the running for a star player and only helps solidify their rotation with the loss of P.J. Tucker.

The Heat is still not done making moves and a trade or multiple trades will inevitably be on the horizon as they look to move Duncan Robinson’s contract.

Miami is aggressively after Donovan Mitchell

Despite the reports that Donovan Mitchell might return to the Jazz, there are conflicting reports that state he might be on the move if the right offer presents itself.

The team to reportedly watch for is the Miami Heat as they could offer a package centered around Tyler Herro and many first-round picks with possibly pick swaps.

Herro would be very intriguing to Danny Ainge, who really wanted to draft him when he led the Celtics. It would be an Ainge-type move to send Utah into a full rebuild.

These rumors come off a massive trade that sent Rudy Gobert to the Minnesota Timberwolves. It was rumored but the package was really massive compared to what was expected.

Keep an eye on the Utah/Mitchell situation because the Miami Heat would be the heavy favorite to land his services if he is on the move.

Victor Oladipo will return to the Miami Heat on a one-year, $11 million contract that will see him in his third season with the organization. Meanwhile, P.J. Tucker expectedly bolts for the Philadelphia 76ers.

Oladipo is one of Miami’s prized possessions from the 2021 NBA Trade Deadline and the organization wanted another year with a full offseason for the guard.

On the other side, Tucker leaves a hole at the four that needs to be replaced with two players now. A trade with Duncan Robinson’s contract is the best way to go if there are no bigger fish.

Dewayne Dedmon has also returned to Miami on a two-year, $9 million deal but the second year will have some protections, most likely relating to performance.

Kevin Durant shocked the NBA world on Thursday afternoon before the free agency period opened with a trade request from the Brooklyn Nets.

Durant has tabbed the Miami Heat and Phoenix Suns among his list of preferred destinations for his next organization. However, it gets complicated from a Miami standpoint.

They can not trade Bam Adebayo to the Nets with Ben Simmons on the Nets roster due to each of them signing extensions with the Designated Rookie Extension rule.

Therefore, if Miami wants to include Adebayo in a potential package, it would need to include a third team to send him to so they can reroute more assets to the Nets.

The Heat could offer Kyle Lowry, Tyler Herro, Duncan Robinson, Nikola Jovic, and multiple first-round picks without including Jimmy Butler or Adebayo in a potential package.

It will be something to monitor moving forward as one of the greatest pure scorers in the NBA’s history will be finding a new future home.

Otto Porter Jr. and John Collins on the Heat’s radar

Both Otto Porter Jr. and John Collins are Heat targets as the first day of NBA Free Agency arrives. However, Porter might outprice Miami and Collins would need to be acquired by a trade.

The 29-year-old forward would be a decent option for the four position, but as stated before, the Heat will only use up to around $6.3 million for outside free agents due to a potential hard cap.

The 24-year-old would need to be acquired by trade in likely a three-team deal due to the Hawks’ not needing the Miami Heat’s contract, Duncan Robinson, that it would send in return.

This is not a likely option, but it’s one to watch in the coming days.

Jalen Brunson scheduled to meet with the Miami Heat

The Miami Heat are scheduled to meet with Jalen Brunson on the first day of NBA Free Agency, per Yahoo Sports’ Chris Haynes.

Brunson’s newly scheduled meeting with the Heat is definitely surprising as they have not been rumored to be after him. Haynes has labeled the Heat as a darkhorse team in the sweepstakes.

However, any deal would need to be a sign-and-trade which would hard cap the organization. That is something that Miami has been dead-set on not doing unless they land a star.

Nonetheless, Miami has secured a meeting with the young guard. Could Kyle Lowry be on the move to the Dallas Mavericks?

Mo Bamba to draw interest from the Heat

The Orlando Magic are expected to allow center Mo Bamba to become an unrestricted free agent this offseason and the Miami Heat are one of many teams interested.

It might be difficult for Miami to acquire Bamba as he is projected to command a range of $7.8-12.2 million per year, according to The Athletic’s ProFitX model.

The 24-year-old would be a good fit next to Bam Adebayo, but it might go beyond the organization’s price range. Either way, it’s something to watch moving forward.

The Miami Heat are reportedly interested in Danilo Gallinari in the event that P.J. Tucker bolts the organization for the Philadelphia 76ers this offseason.

Philadelphia still needs to shed salary to make the reported Tucker contract work financially, so perhaps it is just leverage as Miami tries to keep its prized possession from last year’s offseason.

However, if the 37-year-old forward does end up in Philadelphia, the Heat have interest in Gallinari, which would not be the first time this has happened.

The Heat tried to acquire Gallinari during the 2020 NBA trade deadline but was unable to agree on compensation to make the deal worthwhile. They have long been infatuated with the forward.

The 33-year-old forward averaged 11.7 points, 4.7 rebounds, and 1.5 assists while shooting 43.4% from the field. It wouldn’t be a bad idea to go out and acquire Gallinari; however, what needs to be done?

The addition of Gallinari would mean Duncan Robinson is going to the Atlanta Hawks as their contracts almost match perfectly. The 6-foot-10 forward’s value might not be too high, so it certainly remains possible.

While it remains possible that Nikola Jovic won’t turn into the future starting four, it would be good to learn from Gallinari as Jovic is projected to be a stretch four next to Bam Adebayo in the future.

It all has a ripple effect from what Tucker decides to do this offseason. Go to Philadelphia or take slightly less money with Miami and remain on a team where he is adored.

Victor Oladipo not expected to return to Miami

Victor Oladipo is not expected to return to the Miami Heat after spending the last two seasons with the organization as he rehabbed from his injuries, per Bleacher Report’s Jake Fischer.

Oladipo, 30, was a massive part of Miami’s run to the Eastern Conference finals, but he could be looking for more minutes and to rebuild his value that was diminished after his severe injuries.

The 30-year-old guard is expected to receive interest from the Washington Wizards, Denver Nuggets, and Detroit Pistons. The Sacramento Kings were also a rumored team on Tuesday afternoon.

Oladipo’s next contract is reportedly expected to be the in range of the taxpayer MLE, which is approximately $6.4 million. 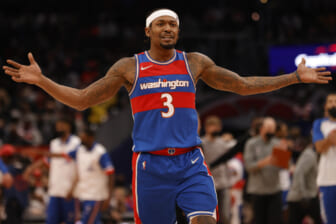 The Heat should look to re-sign Oladipo and sell him on the opportunity of being the starting two or the sixth man if Tyler Herro were to become a starter.

While it wouldn’t be a major loss for Miami, it is one that would be underrated as Oladipo gets a full offseason of work for the first time in a few years.

Tyler Herro’s first contract extension is coming and there are already rumors on where the numbers may settle with, presumably, the Miami Heat.

Herro’s reported numbers include an annual average of around $25 million per year. Frankly, the 22-year-old and 2022 NBA Sixth Man of the Year Award is definitely worth a contract of that magnitude.

The Heat consider Herro as one of their top assets and it was even reported the organization would have tried to keep him in a potential Kyrie Irving trade this offseason.

A big extension is inevitably coming for Herro and Miami absolutely loves to have him around. It would not be shocking to see a deal done eventually depending on what happens this offseason.

Stay tuned as more news and updates are provided.