The Miami Heat have work to do if they want to reach the NBA Finals again. What moves will Miami make during the 2022 NBA offseason to make its dream a reality? 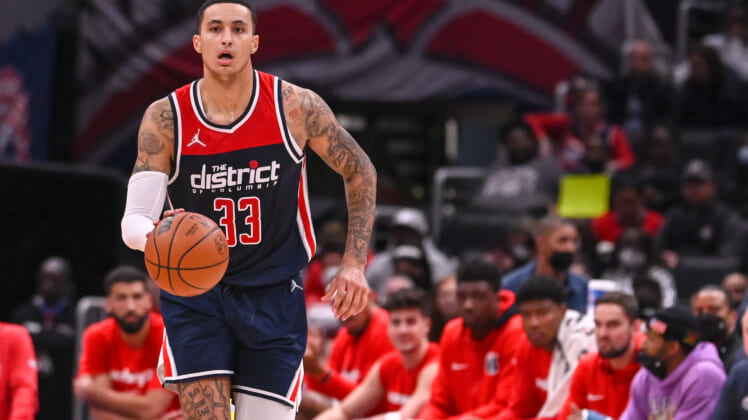 The Miami Heat are coming off a Game 7 loss to the Boston Celtics in the Eastern Conference finals and it’s time for the organization to make some moves to rise to the top again. Here are some bold predictions for the Miami Heat’s crucial offseason.

The 2022 NBA Draft is happening on Thursday night and there have been rumors about what the Heat might do with their pick at 27. One idea is trading out of the first round entirely.

A few well-known names could be in play around the No. 27 pick, such as Jaden Hardy, Patrick Baldwin Jr., Walker Kessler, E.J. Liddell, Nikola Jovic, and Wendell Moore Jr. However if the Heat like other players at a similar level, it makes perfect sense to trade down, gain a second-round pick, and a future first-round pick that could be used in a trade.

Who will the Heat select with their late second-round pick? Forward Ron Harper Jr. out of Rutgers University would be a strong possibility. Harper is 22 years old and averaged 15.8 points while shooting 39.8% from the three-point line last year. Harper also has a 7-foot-1 wingspan that is intriguing for his size at six feet, six inches.

P.J. Tucker is 37 years old and will look for the final big contract of his career after opting out of his player option with the Miami Heat.

Several teams have been rumored to pursue Tucker’s services, but the Heat have worked for years to secure him and will pay up to make his future in Miami.

The Heat will sign Tucker on a three-year, $25 million-plus contract that will take him through his 40th birthday. It makes sense on both sides and one year of Tucker is probably not enough for the Heat.

Miami let go of Jae Crowder after its NBA Finals run during the 2020 season and did not replace him. It did not turn out well and hurt them at the wing position. If Tucker were to leave, the Heat would lose a massive part of their core on the defensive end of the floor. It’s a move that Miami needs to make this offseason.

The Miami Heat have been linked to names such as Kyrie Irving, Bradley Beal, and Donovan Mitchell. However, none of them will end up coming to Miami.

Irving stays in Brooklyn with Kevin Durant after using the report of Durant possibly requesting a trade if he leaves. Also, Beal signs a massive extension with Washington while Mitchell is not moved by Utah. These are big names and while there are other tier B options like Zach LaVine, adding any of them might not be realistic unless they demand a move to the Heat.

What about the other big names in the rumor mill? First off, LaVine stays in Chicago, John Collins goes to Sacramento, DeAndre Ayton is moved to the Pistons, and Jalen Brunson returns to Dallas.

Kyle Kuzma finds himself in a Heat uniform

While it might not be on the same level as Irving, Beal, or LaVine, Kuzma could sure up the four position next to Bam Adebayo and PJ Tucker for the playoffs more. The Heat will send Duncan Robinson and the future first-round pick that was acquired in the 2022 NBA Draft as the baseline. There could be other minor details but that’s the base.

While it’s not the player from the Wizards that Heat fans are clamoring for this season, it’s a nice addition that can help out Miami in both the regular season and playoffs. Kuzma is still 26 years old and could provide another young, athletic boost to the roster. This is probably not among Miami’s top options, but it could be realistic if everything else falls through.

The Miami Heat should try to be aggressive during the offseason, but my overall expectation is the team remaining relatively the same barring a major move for a star player.

The Heat should bring back Victor Oladipo and Caleb Martin would be a nice player to bring back as well. However, space will be an issue at some point so retaining them all could be an issue. Miami could expand Omer Yurtseven’s role if he is ready or sign another big man that is in the free agency market. The Heat should also try to get another big man in the rotation because Dewayne Dedmon is a free agent.

With Martin predicted to leave, the Heat could fill his spot on the team with Troy Brown Jr. A player who can provide a spark on defense and could be another Martin-type move for the Heat. Brown would be an underrated addition that could help Miami with his energy on the floor. Plus, he is only 22 years old and the Heat could develop him in the best way possible.

Finally, The Heat will also add one more two-way contract as they currently have Mychal Mulder under one of the slots. Michigan forward Moussa Diabate is a possible undrafted player option for Miami. 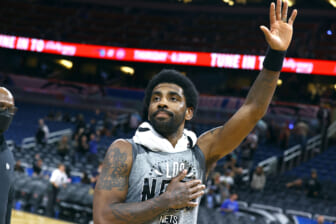 This would give the Heat the following roster structure.

Miami saw injuries from key players, like Kyle Lowry and Tyler Herro, that severely impacted its ability to contend. The organization still took the Boston Celtics seven games and lost by four points.

If the Heat can make an improvement at the four position and let the team develop together, this is still a team fully capable of winning a championship. Internal improvements can certainly happen for many players.

It wouldn’t be a flashy offseason that could certainly happen, but it’s a decent offseason that allows for more continuity and gives them another chance with this currently structured team.