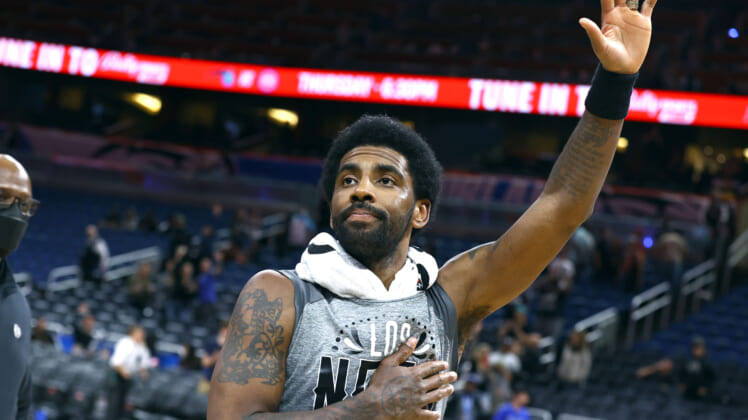 While the Miami Heat is an elite squad in the NBA’s Eastern Conference, one of the organization’s leading insiders believes they are still a major scoring threat away from truly contending for a championship.

Miami finished with the best record in the East and was able to overcome a terrific duo in 76ers stars Joel Embiid and James Harden in the semifinals of the playoffs. However, they were not able to do the same against the Boston Celtics’ young gun tandem of Jayson Tatum and Jaylen Brown in the Conference Finals.

Related: Sportsnaut NBA mock draft – Predictions for every pick in the Round 1 & 2

Outside of superstar Jimmy Butler, the team lacked a strong secondary scorer to back up their leader. That — along with how the two teams in the NBA Finals are built — was the argument put forth by South Florida Sun-Sentinel Heat writer Ira Winderman on Thursday. As he explained why the Miami Heat needs to land another “bonafide” scorer in the offseason if they want to seriously contend for a title in 2022-2023.

“What these NBA Finals, I believe, have shown is that to be at the top tier of title contention you need two bonafide, big-time scoring threats in your starting lineup,” Winderman explained. “The Warriors have that in Stephen Curry and Klay Thompson, the Celtics in Jayson Tatum and Jaylen Brown. All four have had their moments in these Finals and certainly throughout the playoffs.

“Yes, the Heat have scoring options, but unlike Curry, Thompson, Tatum, and Brown, not necessarily the types who can dominate the offense,” he continued. “Bam Adebayo is not that type of player, nor are PJ Tucker, Max Strus, or, at this stage of his career, Kyle Lowry … For now, the Heat do not have a matching component for Butler in the first five, thus all the talk of a search for another scoring wing.”

If the Heat did want to make a bold move to land another “bonafide” scoring threat, here are three possible trade options this summer.

One strong option for the Heat would be to reach out to the Washington Wizards about Bradley Beal. The three-time All-Star still remains unsure about opting into the final year of his deal. But getting the chance to head to a contending team next season would surely motivate him to do so.

In trading Beal, the Wizards could land a talented young scorer in Tyler Herro, a veteran voice in Kyle Lowry, and two first-round picks to begin a post-Beal rebuild, along with whoever they take with the 10th pick in this month’s draft.

A second option would be for Miami to swing big and try to acquire Brooklyn Nets superstar Kyrie Irving. We know that Irving and the team have a strained relationship. But he certainly wants to opt into the $36 million he is still owed. Opting in and going to a contender in South Beach might be the optimal outcome for the mercurial guard. 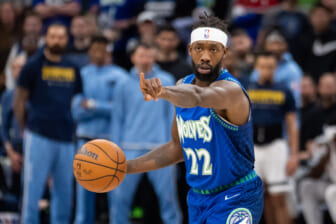 Also Read:
WATCH: Patrick Beverley asks if the Miami Heat will trade for him on live TV

For the Nets, landing Bam Adebayo, Lowry, and first-round picks to keep or trade, the franchise would transition towards a more balanced lineup. With better defense centered around superstar Kevin Durant and his new wingman Ben Simmons.

One final possibility — that is far less sexy but much more affordable — would be a straight-up swap of Lowry for New York Knicks leading scorer Julius Randle. In 2020-2021 we saw Randle can play defense when properly motivated, and there has never been a question about his scoring abilities. He would make an interesting and cheaper choice to pair with Butler.

For the Knicks, they get a player they have long wanted and a proper veteran point guard to lead a team with potential rich young scorers RJ Barrett and Obi Toppin.