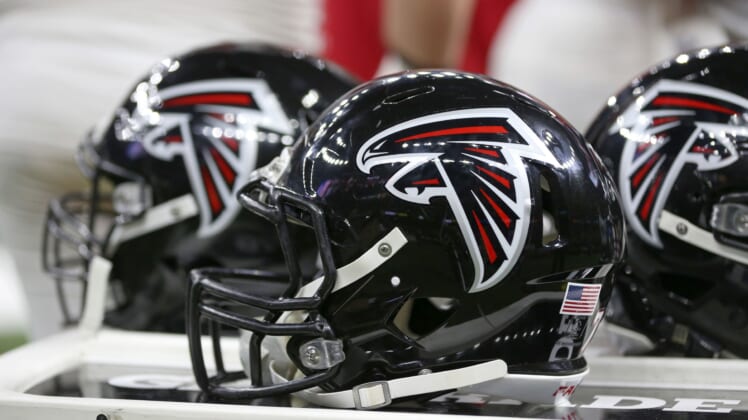 After the Atlanta Falcons placed cornerback A.J. Terrell on the reserve/COVID-19 list Saturday morning, could the team’s Week 3 clash on Sunday against the Chicago Bears be in jeopardy?

Atlanta’s first-round cornerback landed on the NFL’s COVID-19 list Saturday after the team learned earlier in the morning that he tested positive for the coronavirus. The 22-year-old cornerback will miss Sunday’s game against the Bears, but he might not be the only one.

The moment Terrell’s test results came back, the Falcons immediately launched into the NFL’s COVID-19 protocol routine. After Atlanta placed its starting cornerback on the reserve list, the NFL immediately began contact-tracing to determine what other players and coaches needed to be tested.

While Terrell is the only player who tested positive for the coronavirus from Friday’s screening, there is still a chance others could have contracted COVID-19. He practiced with the team later that day, which put him in direct proximity of several teammates.

The Falcons won’t receive Saturday’s test results until Sunday morning and it is the lone hurdle before receiving clearance to play. According to The Washington Post‘s Mark Maske, the NFL is hopeful that the positive test won’t impact Sunday’s game against the Bears.

Multiple team sources expressed similar confidence to The Washington Post, but another person indicated that the situation is more complicated because Terrell was around other players at practice.

Before the 2020 season, the NFL implemented daily COVID-19 testing and required all personnel to wear devices that monitor their movement inside each team’s facility. If a person wearing the electronic tracker comes within six feet of another person, an alert sounds to notify them.

It’s likely that Terrell came within close proximity of at least one of his teammates, which could put them in the group of players who needed additional screenings before playing. However, they could still suit up on Sunday if their point-of-care testing yields negative results.

It was previously reported that Terrell would become the first NFL player to miss a game this season due to COVID-19. However, per Maske, an unidentified player was kept out of Week 2 after he showed coronavirus symptoms on Sunday morning. The day before he showed symptoms, the unnamed player tested negative for the virus.