Arrest made in shooting death of Utah’s Aaron Lowe

An arrest has been made in the shooting death of Utah sophomore cornerback Aaron Lowe last week, Salt Lake City police announced on Sunday.

Police arrested Buk M. Buk, 22, in Draper, Utah and charged him with aggravated murder, attempted murder and felony discharge of a firearm.

Lowe died after being shot at a house party early last Sunday morning in the Sugar House neighborhood. A 20-year-old woman was also shot and remains in critical condition a week later. 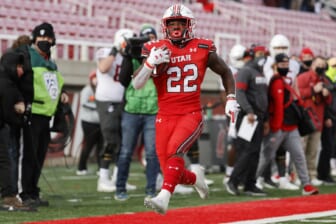 “We asked people to come forward and to share the information they had,” police chief Mike Brown said. “Because of those tips and the unrelenting pursuit of justice from our homicide detectives, we have arrested the person accused of murdering Aaron Lowe.”

Lowe, 21, was in his third year with the Utes and had appeared in each of the first four games.

Lowe was the first recipient of the Ty Jordan Memorial Scholarship, named for his best friend and high school teammate who died in December 2020 of an accidental shooting.