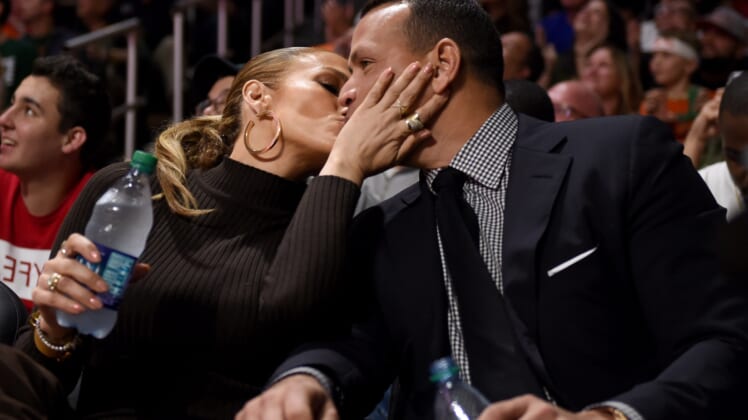 It was noted earlier this spring that the power couple of Alex Rodriguez and Jennifer Lopez were in on purchasing the New York Mets from current owner Fred Wilpon.

That’s no longer the case. According to Thornton McEnery of the NY Post, the duo has dropped out of a potential purchase.

“According to multiple sources, Alex Rodriguez and Jennifer Lopez are no longer interested in buying the Mets,” the report read. “That decision was reached after negotiations with potential partners failed to materialize and it became clear that the Wilpons’ reluctance to part with SNY makes it almost impossible for anyone without many billions of dollars to afford owning the team.”

Rodriguez and Lopez had been linked to the Mets for some time now. Though, their potential purchase of the MLB team hit a snag earlier in the month when biotech billionaire Wayne Rothbaum made it clear he only wanted to purchase the Mets at a discount. He was the money behind the scenes as it relates to a potential group to buy the team.

A member of the New York Yankees from 2005-16, Rodriguez resides in a penthouse with Lopez in the city. He’s obviously looking to become a major player in the Big Apple’s sports scene. That will have to wait for another time.