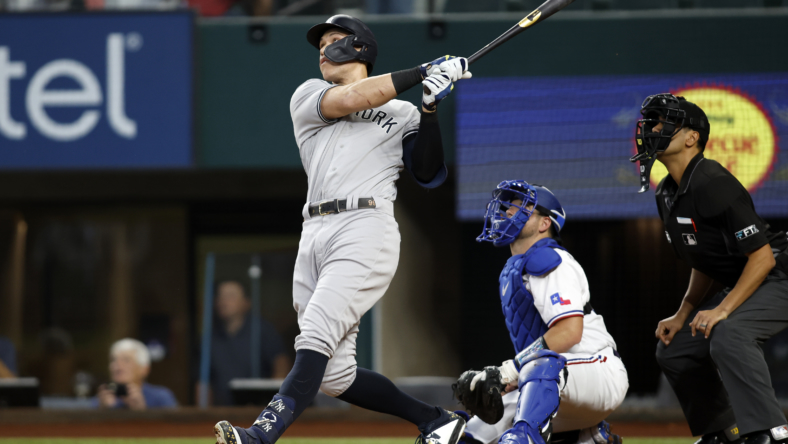 It has finally happened. Star New York Yankees outfielder Aaron Judge is in the American League record books all by himself. A week after tying Roger Maris for the most homers in both franchise and league history with 61, Judge took Texas Rangers pitcher Jesus Tinoco deep Tuesday evening to open up the second half of a doubleheader in Arlington.

The blast traveled 391 feet and left Judge’s bat at 100.2 miles-per-hour. But the bigger story here is that he is now alone as the single-season home run leader in American League history. Check out the moment as it happened below.

No. 62 for No. 99. The long wait is over. Aaron Judge stands above everyone else in the history of the American League and the New York Yankees historic franchise.

Judge had already placed himself among the best home run hitters of all time by doing something that has not been done in MLB in 21 years. That is to say hitting 60 homers in a single season. He forever placed himself among Yankees lore on Sept. 28 when he tied the team record of 61 set by Roger Maris in 1961.

Judge’s chase for the all-time record has been among the biggest stories in baseball over the past quarter-century. While Mark McGwire and Barry Bonds still stand above him on the all-time MLB list, their connection to the Steroid Era has impacted how many view the two sluggers. The same can’t be said about Judge.