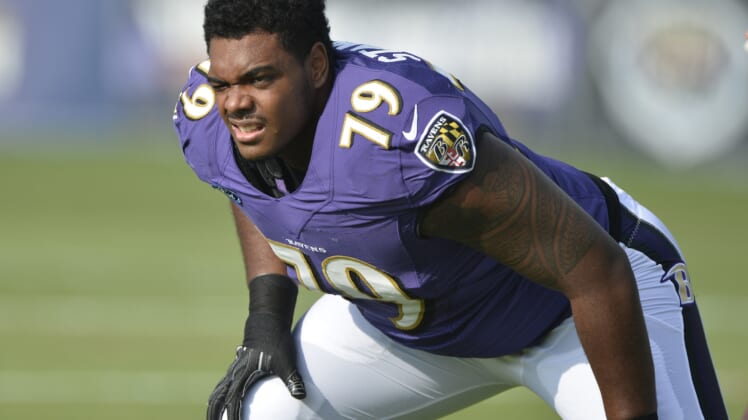 We’re continuing to see the NFL market reset itself as the 2019 season approaches. That now includes Philadelphia Eagles quarterback Carston Wentz getting the most guaranteed cash for a player in league history.

It also got us to thinking. Who else is in line for huge contract extensions now that Wentz has reset the market?

Quarterbacks in Los Angeles and Dallas might come to mind first. However, there’s players at other positions who are also set to cash in. Here’s a look at seven of them.

Bosa is an interesting character in that he came from the same 2016 NFL Draft class as Wentz and others on here. Though, he was also the last first-round pick to sign his rookie deal after holding out into the preseason. Could this have an impact on any potential extension Bosa signs? We’re not too sure. What we do know is that Bosa has racked up 51 quarterback hits and 28.5 sacks in 35 career games. Any new deal would likely surpass the five-year, $105 million deal DeMarcus Lawrence linked with Dallas this past spring.

It’s believed that Cooper is further along in extension negotiations than teammates Ezekiel Elliott and Dak Prescott. Set to become a free agent following the 2019 season, that makes a lot of sense. Dallas didn’t exhaust a first-round pick on Cooper in a trade with the Raiders last year to see him only play a season-and-half with the team. Cooper, 24, also dominated to the tune of 53 receptions for 725 yards and six touchdowns in nine games last season. He’s going to be paid like a top-three receiver here in short order.

Stanley, 25, has been tremendous in his first three seasons with the Ravens after they made him a top-six pick back in 2016. The Notre Dame product has started all 42 games in which he’s appeared over three seasons. The Ravens have also already picked up the $12.87 million option on Stanley’s contract for the 2020 season. That’s similar to when the Eagles picked up Wentz’s option before extending him. We’re fully expecting Stanley to come close to meeting the five-year, $80 million deal fellow top-10 pick Taylor Lewan signed with the Tennessee Titans a short while back.

Despite some struggles with consistency in his first season with the Rams, Peters remains a true playmaker in the defensive backfield. Here’s a kid that is still only 26 years old and has racked up 22 interceptions to go with five forced fumbles in just four seasons. Much like with the Cowboys and Cooper, Los Angeles didn’t give up a bunch in a trade for Peters only to see him depart after two seasons. Peters is slated to become a free agent after the 2019 campaign. We’re fully expecting a deal to be completed here soon that will surpass the five-year, $75.25 million extension Xavien Howard recently signed with the Dolphins.

Now eligible for an extension, Thomas’ next deal with the Saints will more than likely make him the NFL’s highest-paid receiver. A former second-round pick from Ohio State, he’s put up the best three-year run to start his career for a receiver in league history. This includes Thomas tallying 321 receptions for 3,787 yards and 23 touchdowns in 47 games. He’s coming off a 2018 campaign that saw the All-Pro catch an absurd 85% of the 147 passes thrown in his direction. The kid is just 26 years old. Odell Beckham Jr. and Antonio Brown will have to take a back seat here soon. Thomas will be the financial trendsetter at receiver soon enough.

San Francisco committed big time to its edge pass rush by trading for Pro Bowler Dee Ford and selecting Nick Bosa No. 2 overall in the 2019 NFL Draft. Even then, general manager John Lynch and Co. will soon have to pay the piper on Buckner. The No. 7 overall pick back in 2016, Buckner is coming off a 2018 campaign that saw him record 20 quarterback hits, 17 tackles for loss and 12 sacks while ranking second among all interior linemen in quarterback hits. He’s the next Aaron Donald. He’s just 25 years old. And $100-plus million is in Buckner’s sights. It just remains to be seen when this might happen.

Carson Wentz’s contract might be bad news for Jared Goff. But we feel comfortable saying that it will be a boon for Mr. Prescott. He’s already turned down an extension proposal from the Cowboys. The two sides are looking to work towards a resolution here soon. Despite some inconsistencies, Prescott is likely looking at surpassing the $107-plus million in guarantees Wentz received from Philadelphia. Given his status as a mid-round pick back in 2016, it also wouldn’t be a surprise if Dallas offset Prescott’s minimal rookie contract earnings by giving him a larger average salary. This will get done soon. It will also reset the market.