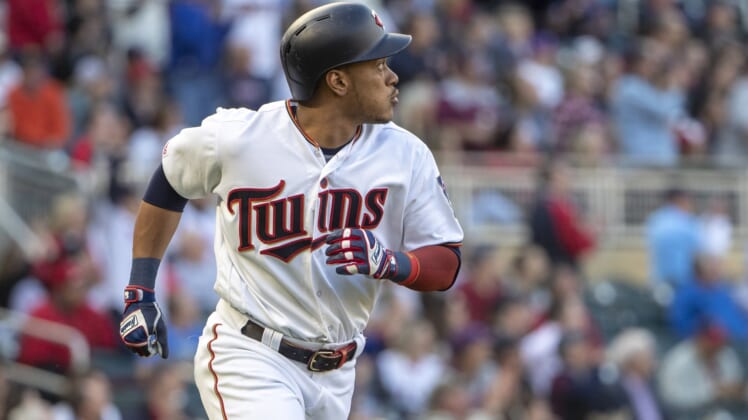 We’ve hit the quarter point in the 2019 MLB season and it’s been even better than anyone could have expected.

Many of the best players and teams across the sport are giving fans everything they hoped for during the offseason. What makes the first few months even better is the surprising performances that have fans across the country excited.

Of course, not everything is positive in MLB. Two of the game’s marquee pitchers remain free agents. Meanwhile, the bottom of the league’s standings is uglier than ever.

All of it helps tell the story of 2019 and with it comes plenty of lessons we can learn from. Here are the 10 biggest takeaways from the first quarter of the MLB season.

Draft picks more important than wins for some contenders

As Dallas Keuchel watches from home with more than enough talent in his arm to be a mid-rotation starter, draft-pick compensation keeps him unemployed. This is at a time when the Atlanta Braves, New York Mets and Boston Red Sox all have a collective rotation ERA above 4.40. Meanwhile, Craig Kimbrel sits at home as one of the best relievers in baseball. He could easily turn the bullpens of the Minnesota Twins (4.16), Mets (4.56) and Braves (4.51) around. Instead, these potential playoff contenders sit below MLB’s luxury tax threshold and value unknown draft picks over proven assets that can help them win.

MLB can talk about fans not showing up to the ballparks all it wants, but fans should be hesitant to support a franchise that isn’t willing to put the best product on the field when its window to contend remains wide open.

Minnesota Twins a few pieces away from World Series contention

Minnesota could benefit greatly from adding a high-end arm to its rotation or bullpen. Jose Berrios is at the start of a breakout season, while Jake Odorizzi, Kyle Gibson and Martin Perez are proving quite capable in this rotation. This team just needs a little more help to make the leap. Adding a No. 2 starter would push the trio down a spot and give Minnesota one of the best rotations in the A.L. If the Twins made a trade or added Kimbrel as a closer, the league’s seventh-best lineup would have a pitching staff to back it up and push this team from a division favorite into a championship contender.

The 23-year-old cracked the roster after a strong showing in spring training. Now he is one of the league’s best hurlers. Paddack is simply unhittable at times, demonstrated in his 0.75 WHIP, and his command is outstanding for a rookie. He sits at a 1.99 ERA through eight starts and if he can maintain an ERA under 2.5 with sharp command on an improving club, don’t sleep on his remarkable odds to win the N.L.’s Cy Young award.

Even when he cooled down after an incredible April, Bellinger’s early .326 batting average and .873 OPS in May is outstanding. He is lapping the field with his .401 BA — nearly .05 points higher than the second-best hitter — leads the league in RBI (41), and is second in home runs (15). We’re witnessing something special. The potential for a .350-plus BA, 48-plus HR, 130-plus RBI and a triple crown is very much in play with a conservative on-pace projection.

Houston Astros are the best team in baseball

Houston is rolling early in the season with no real threat in sight to stop it. Justin Verlander is the favorite for the A.L.’s Cy Young award, Alex Bregman is an MVP candidate and this team has even more talent in the minors it can use. The Astros lead MLB in runs (245), batting average (.282), OPS (.866) and have the fifth-best team ERA (3.52). It’s obvious why they are the World Series favorite and that will only improve after they make additions before the trade deadline.

Even with Tyler Glasnow sidelined for at least a month, this is a team ready to fight in the league’s best division and possibly come out on top. Blake Snell is back to his Cy Young form and an underrated bullpen with a steady rotation has helped this team post the best ERA in the majors (2.82). While few fans show up to Tropicana Field, it’s impossible to deny this club as a serious threat for an October run and one that could even contend for a ring.

After stumbling out of the gate with a 6-13 start, the Red Sox are finding their groove again. The club now sits at 23-20 with many key contributors either getting healthy or locked in at the plate, all while the club’s run differential continues to improve. We saw how dominant this rotation can be in October and the lineup is approaching its peak form from 2018. While bullpen woes remain a major concern, there’s more than enough talent here to keep fighting until additions are made.

During a season in which the Baltimore Orioles and Miami Marlins are on pace for historically bad seasons and unwatchable every night, the Royals provide fans with a little flavor to brighten the mood during an ugly year. Kansas City’s pitching is atrocious, but baseball fans can enjoy the lineup. The Royals lead the league in triples (21), stolen bases (44) and produce a steady amount of runs on a regular basis. This club might lose 100 games, but it will be entertaining most nights.

If Kansas City represents softly fading into darkness, the Marlins represent paralysis for countless hours where each minute of action feels like a week of torture. This is an awful team and Jeter is responsible for plenty of it. A potential All-Star outfield with Christian Yelich, Marcell Ozuna and Giancarlo Stanton was replaced with Curtis Granderson, Garrett Cooper and Rosell Herrera. Lewis Brinson and Sandy Alcantara, the prized prospects in the Ozuna and Yelich deals, have struggled mightily in the majors. This team’s present is awful and if Jeter continues to whiff badly on prospects, the future could be worse.

Soroka is through his first six starts of the 2019 season and his numbers seem impossible even by video game standards. Opponents are hitting .176 off of him and he allowed more hit by pitches (six) than earned runs (4). He’s doing things that Atlanta’s most legendary sports icons like Greg Maddux, Tom Smoltz or Tom Glavine never even dreamed of. This is a jaw-dropping start and one can only hope it leads to another historic year by another Braves’ rookie.