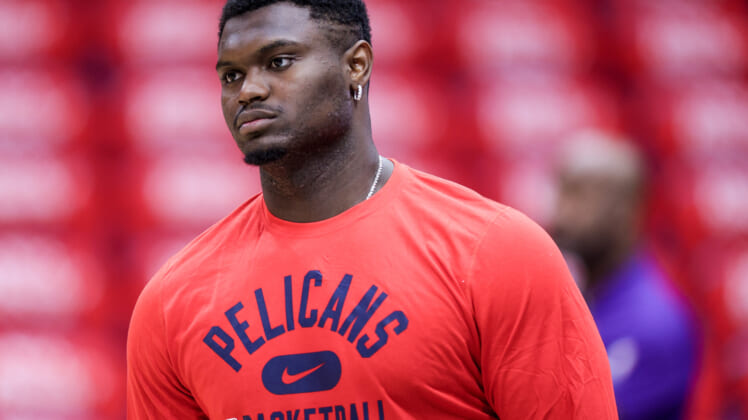 NBA star Zion Williamson is close to signing a five-year max extension with the New Orleans Pelicans, agreeing to a deal that could be worth a maximum of $231 million.

Williamson missed the entire 2021-’22 NBA season with a fractured foot and even struggled with his weight during his time away from the court. However, the 21-year-old is expected to return for the start of next season.

Selected with the No. 1 pick in the 2019 NBA Draft, Williamson has played in 85 games and missed another 141 contests in his NBA career. Despite the injury concerns, New Orleans felt confident enough in his long-term health to sign him to the five-year rookie max extension.

As Keith Smith of Spotrac notes, the total contract figures are largely tied to incentives. Due to time missed and being left of All-NBA Team rosters in his first three years, the 6-foot-6 forward isn’t eligible for the supermax.

Instead, the $231 million total can only be reached through contract incentives like winning NBA MVP, making an All-NBA team this season or earning Defensive Player of the Year honors. The projected base value of the contract, $193 million, would still pay out a $38.6 million average annual salary.

New Orleans anticipates Williamson being ready for their first game of the 2022-’23 NBA season. The All-Star forward is also believed to be in much better shape, with his foot fully healed.

Assuming he is cleared to play, the Pelicans will be among the favorites for a breakout season with Williamson, Brandon Ingram and CJ McCollum leading a talented and deep roster. New Orleans is currently projected to reach the postseason in our NBA playoff projections.