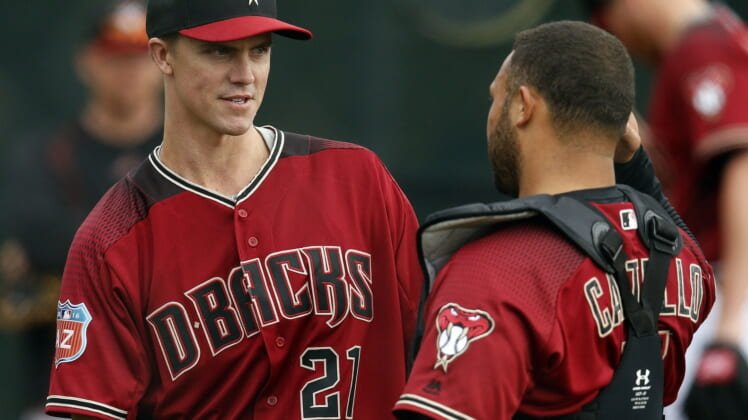 Arizona Diamondbacks ace Zack Greinke tossed seven shutout innings in a win over the Pittsburgh Pirates on Thursday. But he made history with his bat.

Greinke, who’s also one of MLB’s best hitting pitchers, smacked a triple. It was his first career three bagger and fifth extra-base hit of the season. That’s something that no pitcher has done this early in the season since 1930. The only pitcher in MLB history to top Greinke’s accomplishment is Babe Ruth.

It’s worth noting that this is Greinke’s sixth start of the season. Going back as far as 1930, teams used four (or even three) man starting rotations. Starters also usually went deeper into games. So, even if those pitchers didn’t hit as well as Greinke, they would have had more opportunities.

But while he’s not getting as many opportunities as pitchers from bygone eras, Greinke is keeping some pretty impressive company.