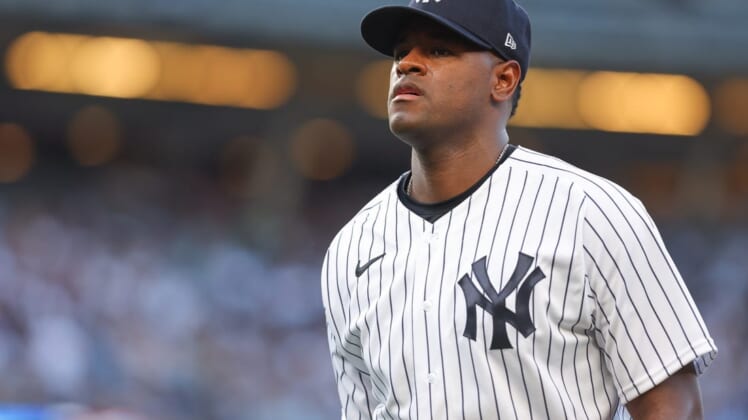 On the same day that the club acquired a trio of right-handed arms, the New York Yankees transferred right-handers Luis Severino and Miguel Castro to the 60-day injured list Monday.

Severino was originally placed on the 15-day IL July 14 with a right lat strain. After keeping him shut down for two-plus weeks, New York reportedly started him on a throwing program Monday, but now he won’t be able to return from the IL until mid-September.

Also Monday, the Yankees optioned right-hander Clarke Schmidt to Triple-A Scranton/Wilkes-Barre and signed Carlos Espinal to a major league contract and added him to the active roster. Espinal reached Triple-A for the first time this season, going 0-1 with a 3.46 ERA in six bullpen appearances at Scranton/Wilkes-Barre.

The Yankees made bigger moves to address their pitching problems earlier in the day when they acquired starter Frankie Montas and reliever Lou Trivino from the Oakland Athletics and reliever Scott Effross from the Chicago Cubs. All three are right-handers.