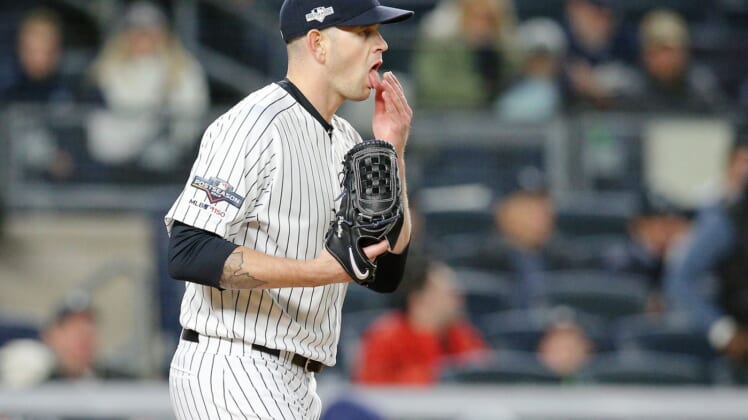 New York Yankees starting pitcher James Paxton will miss the next three-to-four months after undergoing surgery on his spine to remove a cyst.

The Yankees announced on Tuesday that Paxton underwent a microscopic lumbar discectomy. The surgery, performed by Dr. Andrew Dossett. The operation could sideline the veteran southpaw until June.

Paxton dealt with recurring problems with his back and it was determined he needed to undergo surgery. The procedure removed a cyst on his spine, which created pressure on the nerve of the spinal cord.

The 31-year-old, who is set to become a free agent following the 2020 season, has experienced durability issues throughout his career. He threw 150.2 innings for New York this past season and recorded a 3.82 ERA and 1.28 WHIP.

In Paxton’s absence, New York will likely turn to Jordan Montgomery or Luis Cessa to take over as the No. 5 starter. The Yankees will also be without Domingo Germán, who will miss the first 63 games of the season after violating MLB’s domestic violence policy.