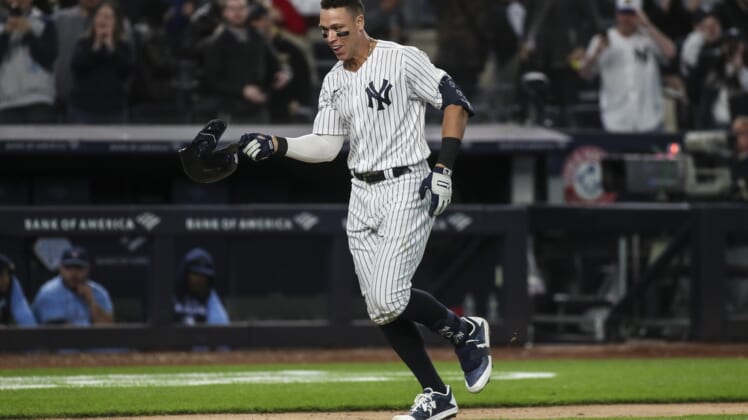 The New York Yankees and their star slugger, Aaron Judge, both are enjoying strong starts to the 2022 season, but there is no guarantee the relationship will survive beyond this year.

On Wednesday, general manager Brian Cashman talked about Judge’s contract situation by saying he wouldn’t be talking about it through the media.

Judge, 30, turned down a reported $230.5 million deal to keep him under contract for eight seasons. He is hitting .290 with a .356 on-base percentage through 28 games entering Wednesday and was on top of the home run list in the majors with 10.

The sides could still agree on an extension this season, preventing Judge from entering free agency.

As his Opening Day deadline for an extension arrived, Judge expressed displeasure at the contract terms being made public, but Cashman downplayed that issue on Wednesday.

“I’m not aware of any of that,” Cashman said. “His camp knew all about it, so I assume he knew all about it. It certainly doesn’t feel like (he’s upset) when I’ve interacted with him since.”

A 2013 first-round pick of the Yankees out of Fresno State, Judge was the American League Rookie of the Year in 2017 and is a three-time All-Star and two-time Silver Slugger award winner.