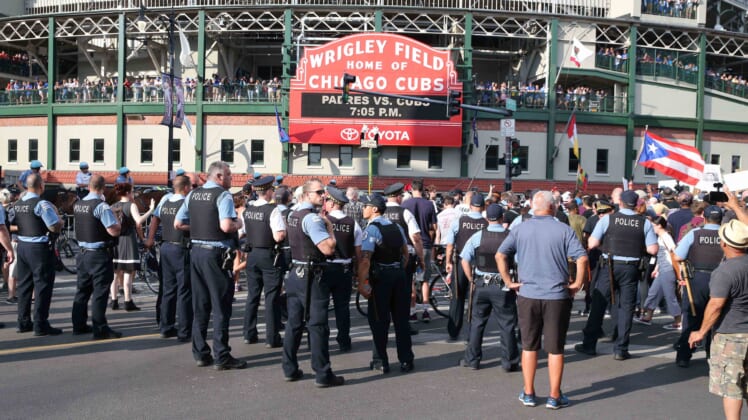 There was an incident at Wrigley Field on Thursday. Authorities responded to a fire in the press box at the longtime home of the Chicago Cubs.

FIRE IN THE PRESS BOX

Fortunately, Isabelle Muñoz of CBS Chicago reported that nobody was hurt in the fire.

Chicago Fire confirms they responded to a small fire in one of the concession stands at Wrigley Field. This was not a major fire. No injuries.

Strangely, this has become something of a common incident in 2018.

In June, a fire broke out at Citi Field, the home of the New York Mets. In August one occurred at the AT&T Park, the home stadium of the San Francisco Giants. Nobody was hurt in either incident.

The Cubs are not hosting a game on Thursday. They’re off and getting ready for a three-game series on the road against the crosstown Chicago White Sox.