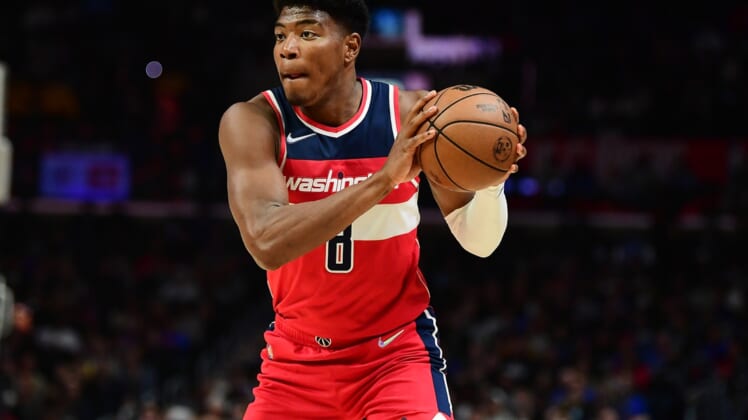 The Washington Wizards and Golden State Warriors will play a pair of preseason games at Saitama, Japan, on Sept. 30 and Oct. 2 before the official start to the 2022-23 NBA season.

The NBA revealed its plans Monday night to bring games to Japan for the first time since 2019.

Washington and Golden State will play at Saitama Super Arena, which can expand to a maximum capacity of 36,500 spectators.

The Wizards’ roster features Rui Hachimura, the ninth overall pick of the 2019 NBA Draft and the first native of Japan to be drafted in the first round.

“I am very excited to bring Wizards basketball to Japan,” Hachimura said via a news release. “I cannot wait to see the arena filled with fans getting to see NBA basketball in person.”

The Japan Games will mark both franchise’s first visits to the country, as well as the NBA’s first games overseas since before the COVID-19 pandemic. The NBA Global Games series previously was an annual event, most recently played Jan. 20 when the Milwaukee Bucks and Charlotte Hornets played a regular-season game at Paris.