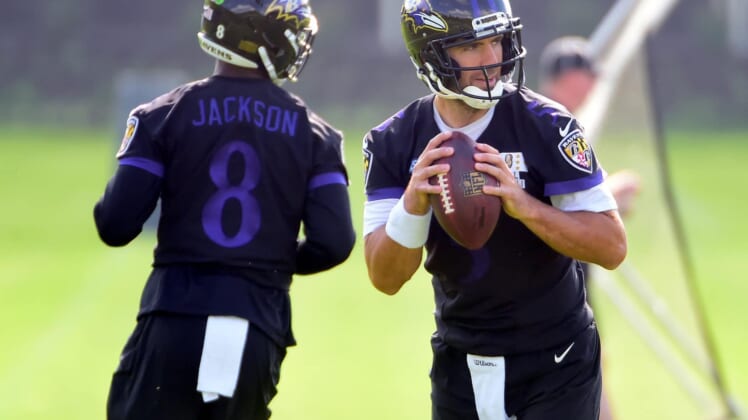 The Indianapolis Colts hosted the Baltimore Ravens for a Week 2 preseason edition of Monday Night Football.

Joe Flacco looked fantastic, and it sure looks like he’s playing some of the best ball we’ve seen in years.

Those looking for Andrew Luck to take another step in the right direction were disappointed. Lamar Jackson had some very shaky moments as well, but he did manage to wow as well.

Here’s a look at the biggest winners and losers from Monday night’s preseason battle.

All throughout training camp, Baltimore beat writers have been hyping Joe Flacco, and it’s been reported he’s never looked better. Flacco was certainly sharp in his first preseason game a week ago, and again on Monday night he was on fire against the Colts.

Flacco played in three series, completed 7-of-9 passes for 72 yards and laser-strike touchdown pass to John Brown (watch here). Flacco also connected with Michael Crabtree on an impressive 29-yard strike down the left sideline and was in complete command of his new-look offense. 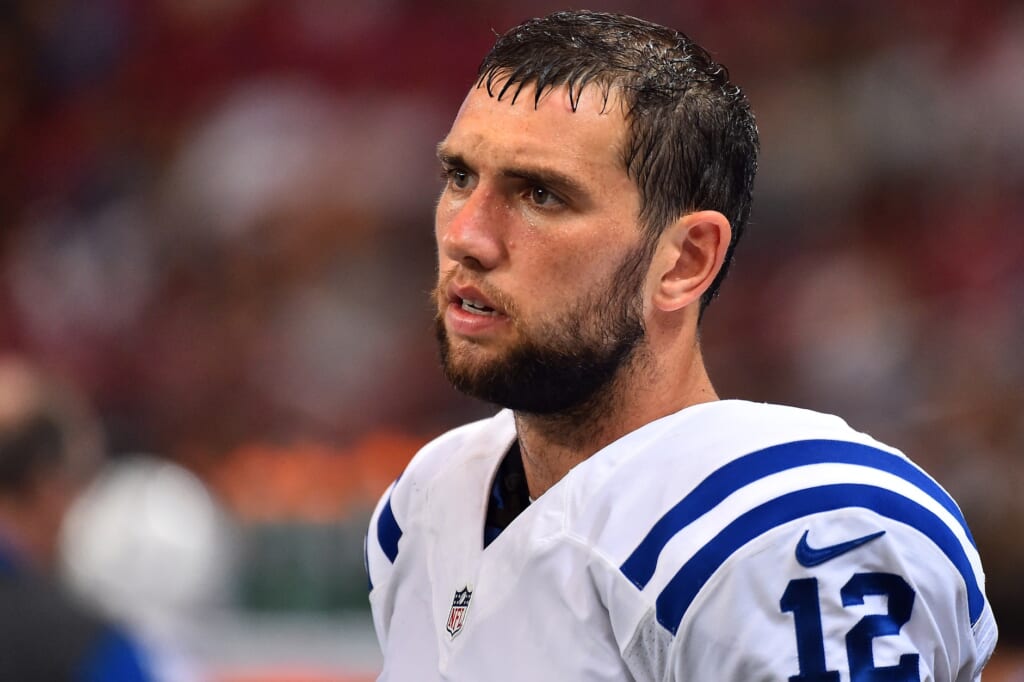 After looking so smooth and solid in his first preseason game last week in Seattle, it was pretty surprising to see him struggle so much on Monday night.

Luck did show a nice connection with tight end Jack Doyle a couple of times (take note, fantasy football owners), but overall he was off the mark, not to mention under intense pressure.

Luck was pulled midway through the first quarter, having gained just 50 yards on 6-of-13 passing with no touchdowns, a truly awful interception in the red zone (watch here) and two sacks.

At the age of 35, Terrell Suggs sure doesn’t look like he’s slowing down any time soon. He’s been nothing short of remarkable since returning from his second career Achilles tear, racking up 19 sacks the past two seasons.

On Monday against Indy, Suggs made his presence known early and often. He ended up with a sack of Luck, who thankfully was able to get up without any ill effects, and had an additional quarterback hit in the game.

Through three preseason games, it’s painfully obvious that Lamar Jackson is not ready to start games in the National Football League. Quite aside from the fact that Flacco is playing out of his mind right now, Jackson is clearly a work in progress.

We saw both the good and bad Monday night. Early on, while Indianapolis still had some of its top defenders in the game, Jackson couldn’t hit the broad side of a barn with a handful of rice. He finished the first half with 31 yards on 3-of-10 passing, and he’s lucky he didn’t get picked off in the end zone. On another play, Jackson almost fumbled the ball away when tried to do too much running but was ruled down.

However, late in the second quarter he did get into a groove, completing three passes in a row. Then, after Nyheim Hines lost a fumble to open the second half, Jackson threw a dart into the back right corner of the end zone for a touchdown.

Jackson finished with 49 yards on 7-of-15 passing with the one touchdown and no interceptions. He’s supremely talented, but let’s just stop with the talk that he’s going to unseat Flacco this year at any time due to performance. 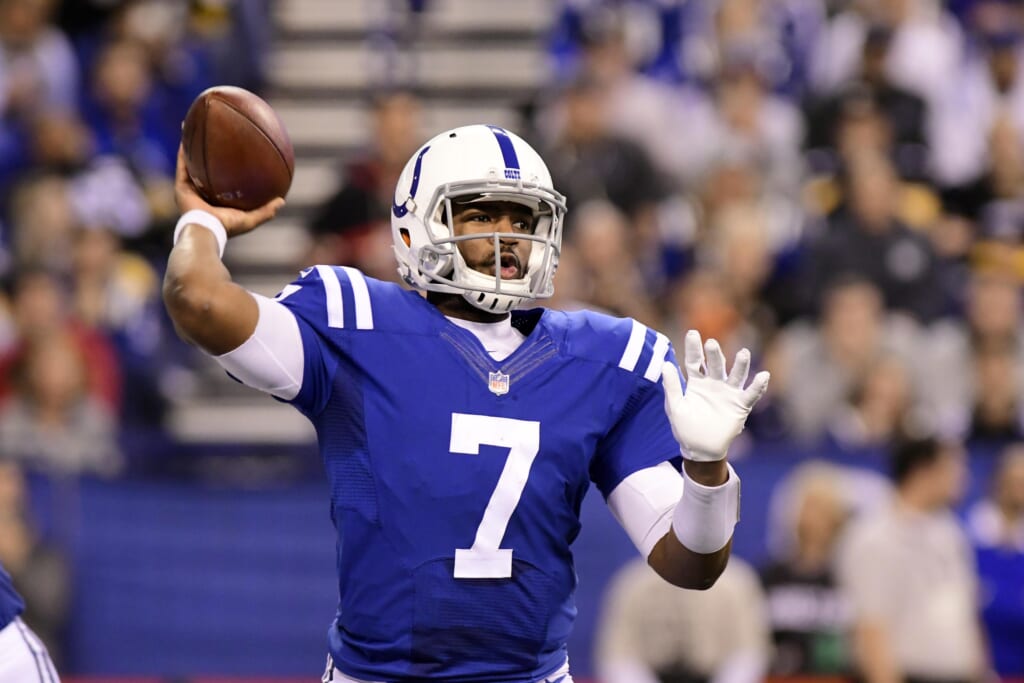 Last year, Brissett did an amazing job of coming into a new environment after being traded, taking over an offense that was severely lacking and making the most of it.

Now that he’s spent the offseason with the Colts, this young man really is showing he’s a starting-caliber quarterback in the NFL. And, just perhaps, he’s the best backup in the league.

In two preseason games, Brissett has completed 20-of-31 passes for 207 yards, despite playing behind a shady offensive line and working with the Colts’ second- and third-string offensive playmakers. He’s got a bright future in this league, and owner Jim Irsay is smart to place a high price tag on him as teams look to potentially make a trade.

Tim White did himself no favors on the very first punt return of the game for the Ravens. He pulled in the ball nicely but then held it like a loaf of bread, rather than securing it tight to his body with both hands. Not surprisingly, he had the ball ripped out of his hands, and Luke Rhodes was all too happy to recover it for the Colts.

Then near the end of the second quarter, White misplayed a punt and was forced to let it bounce rather than return it.

Later in the game in the third quarter, it was Janorion Grant’s turn to mishandle a punt. He was in the middle of making a very nice return when he failed to secure the ball, and all of a sudden a momentum-shifting play turned into new life for the Colts, rather than the Ravens.

All in all, it was a rough night for these two young men.

Adam Vinatieri is truly ageless. He’s 45 years old but continues to feature the leg of a man half his age. During the first quarter of Monday night’s game against the Colts, Vinatieri tied his career long field goal with a 57-yard blast.

The future Hall of Famer continues to amaze, and he recently made it clear that he’ll be doing this for quite a while longer, if he has his way.