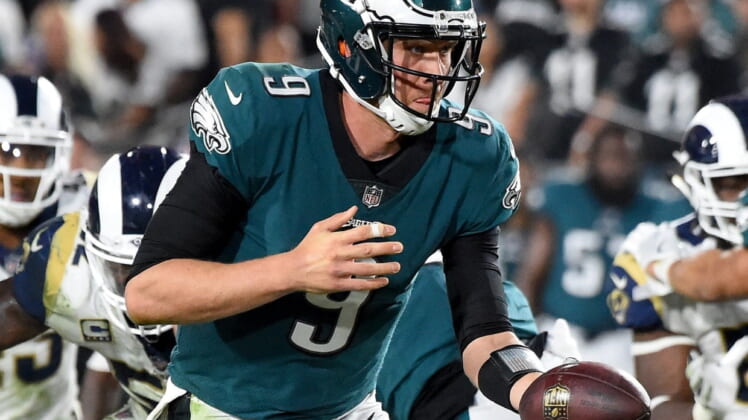 While only three games were on Thursday’s NFL preseason slate, there’s a whole heck of a lot to talk about.

The Green Bay Packers dropped 50-plus points on the Pittsburgh Steelers in a resounding performance in front of their home crowd. Said game started with veteran Tramon Williams picking up Steelers rookie Mason Rudolph and returning it for a touchdown.

In a repeat of last year’s Super Bowl, Tom Brady and the New England Patriots got the best of the defending champion Eagles early on. In fact, Brady threw for 172 yards while playing the entire first half. Not to be outdone, Jets rookie Sam Darnold continued his excellent preseason against Washington.

These are among the biggest winners and losers from Thursday’s preseason NFL action. 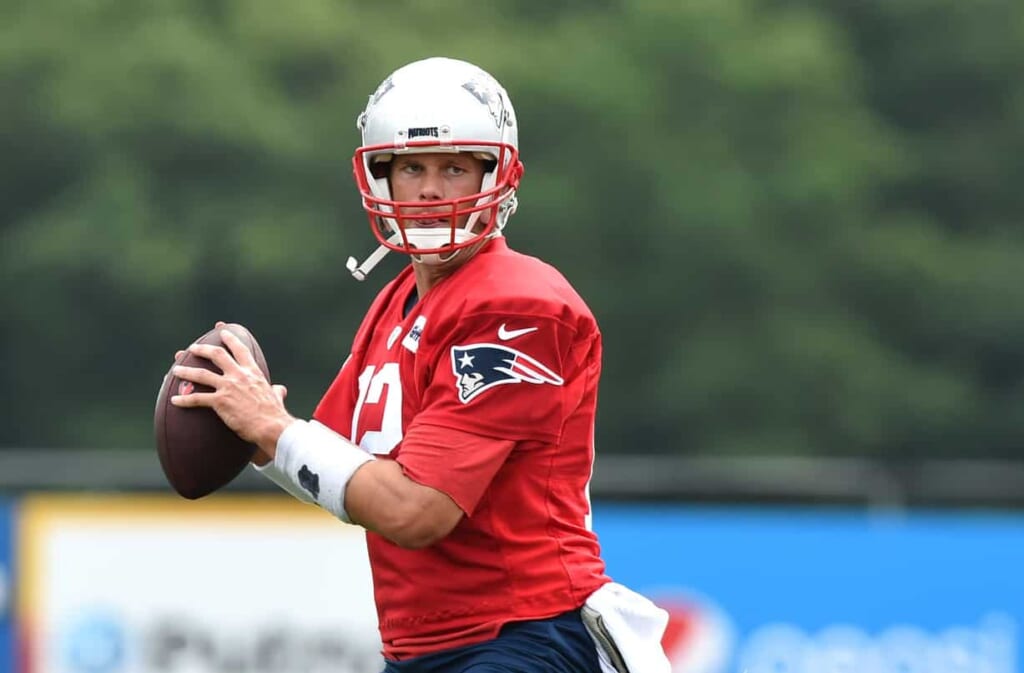 From the get, Brady was locked and loaded. He led New England on a seven-play, 62-yard drive to open the game — culminating in this touchdown pass to Chris Hogan. From that point on, Brady led New England to four more scoring drives, including one of the 69-yard variety to wrap up the half. All said, the five-time champ completed 19-of-26 passes for 172 yards with two touchdowns en route to helping New England to a 27-7 halftime lead. Whew.

Getting his first preseason action of the summer after missing the opener last week, Foles didn’t necessarily have the same success against New England as we saw back in February. Under duress the entire time, the reigning Super Bowl MVP completed 3-of-9 passes for 44 yards while being sacked on three of his 12 drop backs. His big gainer — a 20-yard pass to Zach Ertz — was primarily yards after the catch.

More important than this, Foles exited the game with that Philadelphia described as a shoulder strain. This comes after the veteran sat last week due to issues with his back and neck. It’s most definitely not a good start to the 2018 season for the veteran.

An undrafted free agent out of Arizona last year, Gilbert saw some action as a rookie. It wasn’t enough for the linebacker to make much of an impact in front of his coaches. That’s changed a great deal in his second summer with the squad.

On Thursday alone against Pittsburgh, the pass rusher recorded three tackles, three quarterback hits, 2.5 sacks and a forced fumble. Talk about filling up the stat sheet. For a Packers team without true EDGE rushers, Gilbert’s ability to shine could help him elevate the depth chart moving forward. 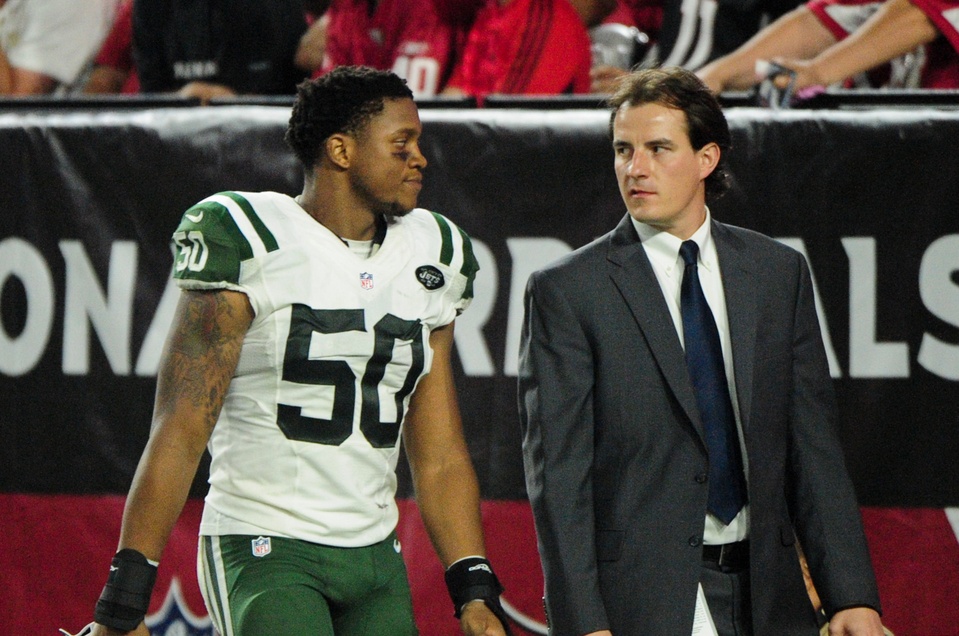 Just as the Jets are looking to rely on the former first-round pick to be a true leader in their defensive front seven, Lee has continued to struggle in nearly every aspect of the game. This was no different Thursday against the Washington Redskins.

Right out of the gate, Lee’s inconsistencies showed. He was beat twice in pass coverage on Washington’s first drive of the game, only to see himself receive a horse collar penalty on special teams a short while later. For a player with All-Pro ability, Lee continues to disappoint at nearly every turn.

With presumed starting running back Sony Michel out to injury, this veteran made the most of his opportunities Thursday against Philadelphia. Playing with Tom Brady and the first-team offense, White tallied 102 yards on 10 touches, including a 20-yard score from Mr. Brady to close the first-half scoring.

A true constant on the Patriots’ offense, the 26-year-old White might be primed to step into a larger role this season. Depending on Michel’s injury, that could happen sooner rather than later. Given that fellow running back Rex Burkhead was also sidelined to injury on Thursday, that’s brought to an entirely new level. 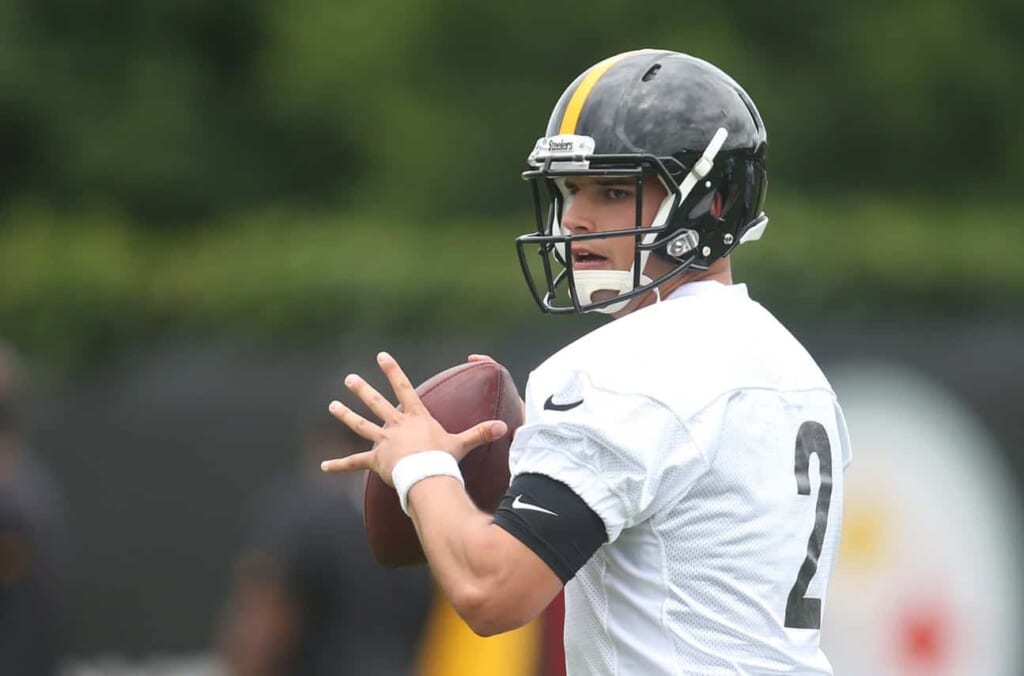 After looking rather sharp in his preseason debut last week, Pittsburgh decided to give the rookie quarterback his first NFL start. It did not go swimmingly. Rudolph was picked off on his very first pass and saw it returned for a touchdown.

The pass itself was as bad as it gets. As you can see here, Rudolph zoned in on a receiver prior to the snap. He then stared down said pass catcher before seeing Green Bay’s defensive back jump the route. That’s a rookie mistake if we’ve ever seen one. All said, the Oklahoma State product completed 5-of-12 passes for 47 yards in a blowout loss to Green Bay.

On the other side of the ledger, Williams showed out big time in his return to Lambeau after a three-year hiatus. Signed to a short-term deal this past spring, Green Bay is expecting Williams to act as a veteran presence in an otherwise youthful secondary.

He did just that Thursday against Pittsburgh, returning a Mason Rudolph interception 25 yards to the house. Williams also recorded a pass defended in limited action. Having struggled since departing Green Bay following the 2014 season, Williams has had the best years of his career with the Packers. The hope here is that he’s able to rekindle said magic in 2018.

This second-year back from Oklahoma was expecting to see a ton of action moving forward with rookie Derrius Guice lost for the season to a torn ACL. If his first carry of Thursday’s game against the Jets was any indication, the talented Perine might have had an opportunity to earn the three-down gig in D.C.

Unfortunately, Perine pulled up lame with a sprained ankle after jetting down the field on a 30-yard run. There’s no telling how significant the injury is. It could be a lower-ankle problem, which wouldn’t sidelined Perine too long. But if it is of a higher-ankle variety, he’ll be out for a while. 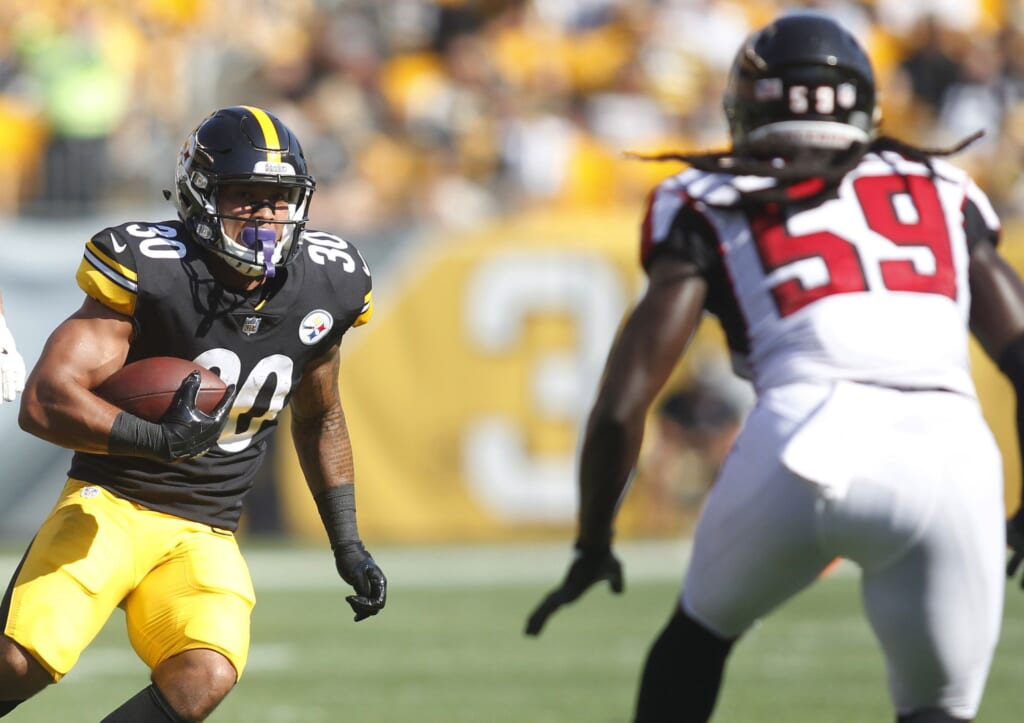 In his second season with the Steelers, this former mid-round pick just continues to show out — leading some to wonder whether Conner is the future of the running back position in Pittsburgh. Thursday’s game against the Green Bay Packers was no different.

With starter Le’Veon Bell still holding out, Conner made the most of his reps. Including this 26-yard touchdown scamper, the running back put up 57 yards on five attempts. It came against the Packers’ first-team defense, which should be telling. Even with Bell set to return prior to Week 1, we’re expecting Conner to have a huge impact for the Steelers as a sophomore.

Making his first NFL start, Darnold led the Jets to only three points on four drives. That’s not indicative of how he looked after a tremendous preseason debut last week. Not even close. In an NFL where fans and the like are looking for the flashy play, more often than not, it’s the normal pass a rookie makes that can show his true ability.

That happened more than once in Darnold’s outing against the Redskins on Thursday night. Just take this one intermediate throw the USC product made to Tre McBride on a third down. It wasn’t flashy. However, it did represent perfect ball placement and accuracy. That’s something Darnold has shown throughout his first two preseason games.