Who Calls the Shots for Every NFL Team? 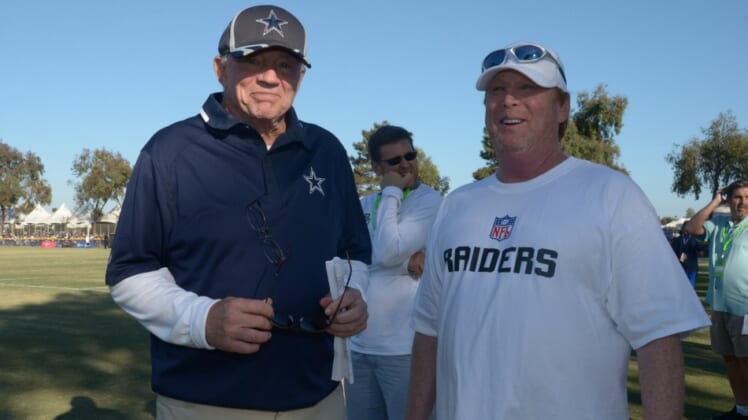 As free agency season rambles on and the NFL draft approaches, it becomes clearer and clearer that in every organization, there is one “decision-maker.” One person who has the final call on all football-related choices. The quality of this person really showcases the gap between well-run franchises and those that are constantly stuck in second gear.

Let’s go team-by-team and review who the 32 most powerful men in the NFL are.

Note: Certain general managers may have a vast majority of say over their team’s player personnel decisions. But those who are not on this list exist in an organization where the owner could very well have final say.

New York Giants, Jerry Reese: Reese has proven to be a very adept talent evaluator and keeps the Giants on the best player available (BPA) approach. It takes a visionary to select Odell Beckham Jr. on a team already rife with young wide receiver talent, but Reese’s gamble currently looks like one of the most intelligent decisions from last year’s draft. 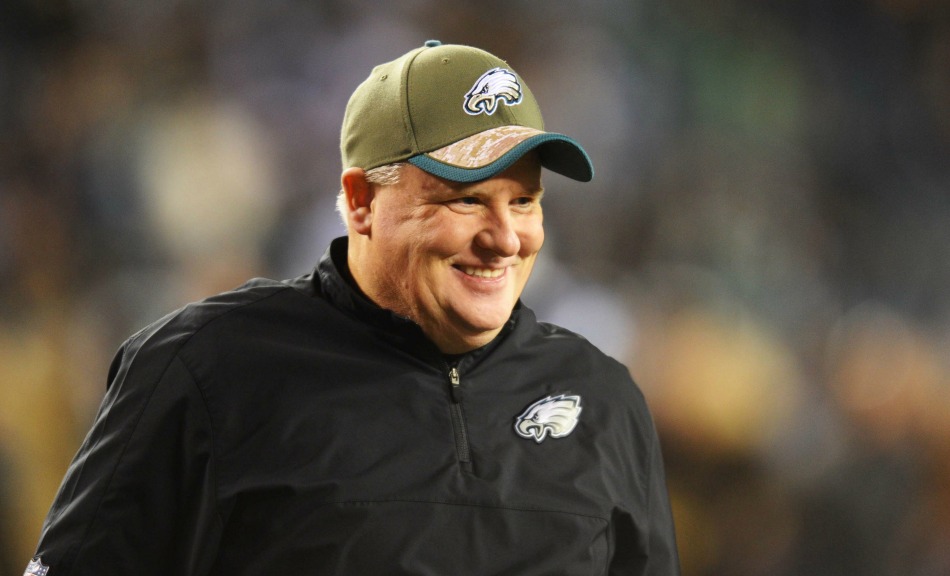 Philadelphia Eagles, Chip Kelly: He seized power from Howie Roseman and is one of two (perhaps three) head coaches in the league with seemingly unchecked power. Kelly wants to be Bill Belichick, but it remains to be seen if he can approach his level of success. Winning a playoff game would be a start.

Washington, Dan Snyder: Scot McCloughan is the best hire Snyder has made since he bought the team. This means in about a year or so Snyder will probably find a way to screw up the relationship and Scot will be back on the street.

Detroit Lions, Martin Mayhew: In terms of adding talent, he’s done a very good job since taking over for Matt Millen. Mayhew has a keen scout’s eye and probably deserves more credit than he gets. He may be a top-10 general manager in the NFL.

Chicago Bears, Ryan Pace: He’s new, but he will have power. The Ray McDonald signing was orchestrated by Pace, who fought to receive ownership approval to make it a reality. Pace is a man who believes he can change cultures. It remains to be seen if he is correct.

Minnesota Vikings, Rick Spielman: Spielman is a meticulous researcher who has answers to everything. Though, sometimes it takes a bit of luck. The Vikings should be thankful every night that Teddy Bridgewater somehow slipped to 32. 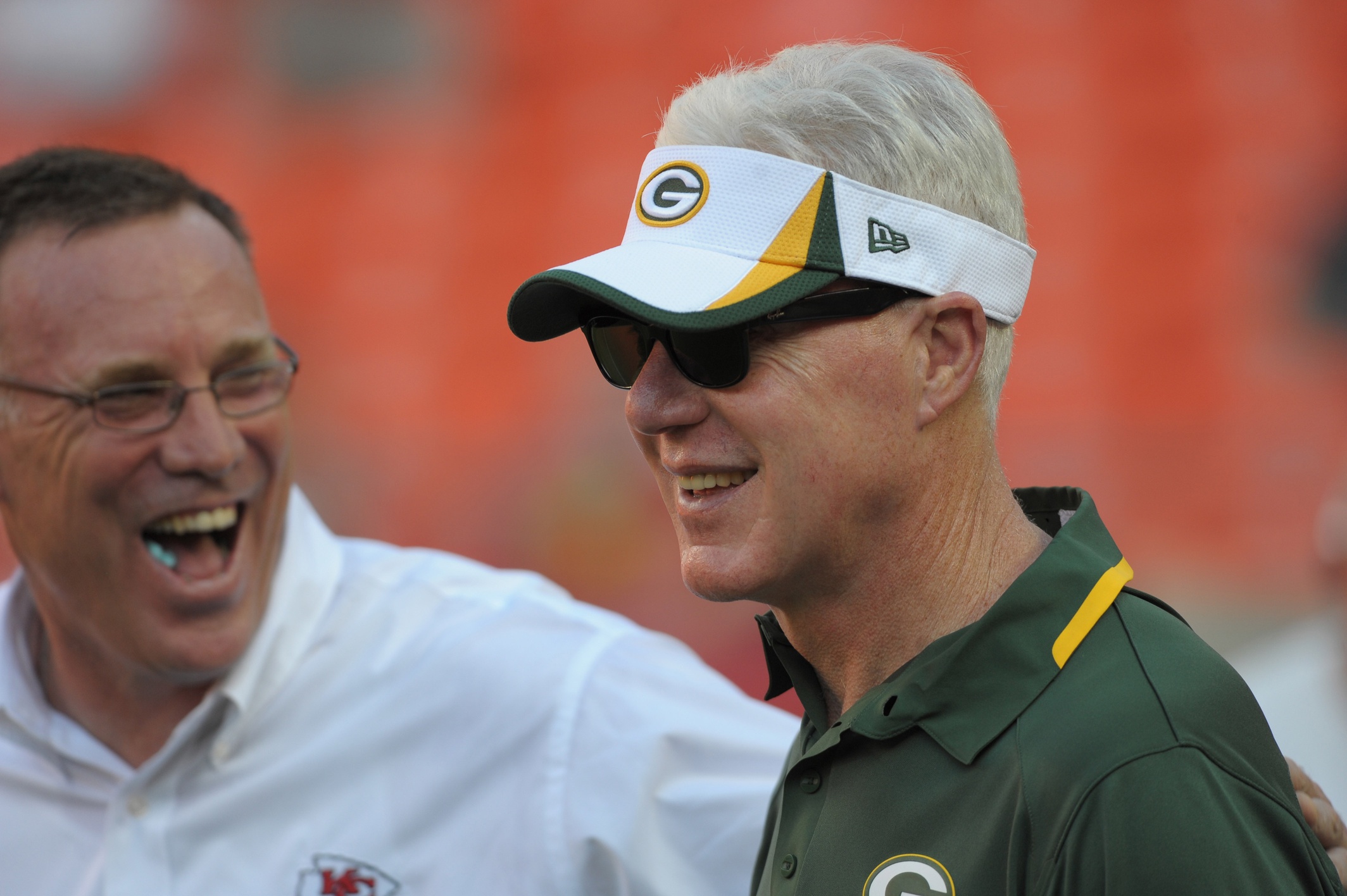 Courtesy of USA Today Sports: Ted Thompson has been a model of consistency in Green Bay.

Green Bay Packers, Ted Thompson: Every personal anecdote I’ve heard about Thompson paints him as a brooding genius—the kid in high school who sat in the back row and never said much but always aced tests. The culture he has built in Green Bay—players are selected, developed, and stay long-term—is unprecedented in the league.

Tampa Bay Buccaneers, Jason Licht: Thus far, the jury is still out on Licht. I think the Lovie Smith hire may have been a mistake. It will also be intriguing to see how he handles Jameis Winston once he is selected first overall on April 30.

Atlanta Falcons, Thomas Dimitroff: Scott Pioli has a lot of power, but Dimitroff still probably has final say. Either way, Dimitroff may be feeling the pressure to make a big splash this year. It would be interesting if they could potentially make a move up from eight to select Vic Beasley.

Carolina Panthers, Jerry Richardson: Dave Gettleman answers to him. And while Gettleman may have some foresight into the building of the team, Richardson undoubtedly has final say. The man who would not allow Cam Newton to be picked if he had tattoos on his body has also been one of the leaders in the NFL’s effort against domestic violence.

New Orleans Saints, Mickey Loomis: This team is a mess right now. Whoever had the idea to hire Jeff Ireland. Well that’s not going to turn out well. There was no leadership on defense for New Orleans last year, and Loomis has taken it upon himself to see that this changes in 2015.

Arizona Cardinals, Steve Keim: Keim has done a great job as top dog in Glendale, accumulating talent and proving that he can be a competent general manager. The one thing he has yet to do is find this team a long-term franchise quarterback.

San Francisco 49ers, Jed York: York has spent the last couple of years consolidating all of his power by eliminating anyone who had a difference of opinion with him, including Gideon Yu and Jim Harbaugh. He’s top dog now, even though Trent Baalke ostensibly has control over personnel. Now, it’s time to see if he and the 49ers can thrive with so much managerial talent stripped away.

Seattle Seattle Seahawks, John Schneider: The Seahawks have one of the most seamless GM/coach relationships in the NFL. Schneider buys the groceries, and Pete Carroll cooks the stew.

St. Louis Rams, Jeff Fisher: Even though Les Snead is the GM, Fisher has final say. This was evident with the Tavon Austin and Michael Sam picks over the past few years. Fisher has accumulated a good deal of talent in St. Louis since he arrived, but the Rams have yet to make it over the hump and become a playoff team. This upcoming season is huge for St. Louis.

Buffalo Bills, Doug Whaley: Buddy Nix once reigned supreme in Buffalo, but at this point it seems Whaley has put his personal stamp on the team. It will be interesting to see how he interacts with Rex Ryan as the draft creeps ever closer.

New York Jets, Woody Johnson: This is still variable. But until proven otherwise, it is safe to assume that Woody Johnson is still extremely involved with the Jets’ personnel decisions. Signs are positive that new general manager Mike Maccagnan might be wrestling some of the power away, but signs are still murky.

Courtesy of USA Today Images: Is there any question who is in charge in New England?

New England Patriots, Bill Belichick: He goes to bat for his guys. Sometimes he hits, sometimes he misses. But Bill is the one with final say, and his dominance is unquestionable in the war room.

Indianapolis Colts, Ryan Grigson: Even though Jim Irsay is a very visible public face, Grigson seems to be the main decision maker in Indianapolis. Other than Andrew Luck, he has made some extremely questionable personnel moves throughout his tenure. Luck will buy Grigson time, but his personnel management has to improve over the next couple of years or he will be out of a job.

Jacksonville Jaguars, Dave Caldwell: Caldwell hid his intention to draft Blake Bortles from everyone except for Gus Bradley last year. He has accumulated quite a bit of talent, but pressure has to be mounting on him to translate those players into winning football.

Houston Texans, Rick Smith: Character has always been a calling card for Smith, and he has done well at most positions other than quarterback. It will be intriguing to see how Bill O’Brien’s influence manifests itself over the next few years.

Tennessee Titans, Ruston Webster: Although he has accumulated some talent in Tennessee, the jury is still out on Webster. If Marcus Mariota is brought in to pull the strings, this team could be a contender in short order.

Courtesy of USA Today: Elway has more than made his imprint in Denver.

Denver Broncos, John Elway: Elway has been a transformative decision maker in Denver, but his team’s window is fairly small given the fact that his quarterback is 39 years old. The Broncos are actually extremely stacked on the defensive side of the ball, but is Brock Osweiler their quarterback of the future? Elway’s a believer in him, so there is a good chance that he will eventually get an opportunity to prove himself.

Kansas City Chiefs, John Dorsey: Dorsey has done a good job of cap management. He has accumulated some talent since arriving in Kansas City, but Chiefs fans have to be getting a little bit impatient with the lack of results shown thus far.

San Diego Chargers, Tom Telesco: Telesco is a solid evaluator who has brought in good talent to San Diego. He also made a good hire in Mike McCoy, who has been an able head coach since his arrival. Telesco’s next draft might be his biggest, especially with the AFC West potentially hanging in the balance.

Oakland Raiders, Mark Davis: Even though Reggie McKenzie has the general manager title, Davis has proven to interfere when he deems it fit. He is pulling the strings in Oakland.

Pittsburgh Steelers, Kevin Colbert: Colbert has quietly been one of the better general managers in football over the past few years, and he has his entire team’s trust. This year, he will need to focus on the defensive side of the ball. Cornerbacks could be ripe for the picking, especially dual-sport athletes such as Quinten Rollins and Byron Jones potentially available. 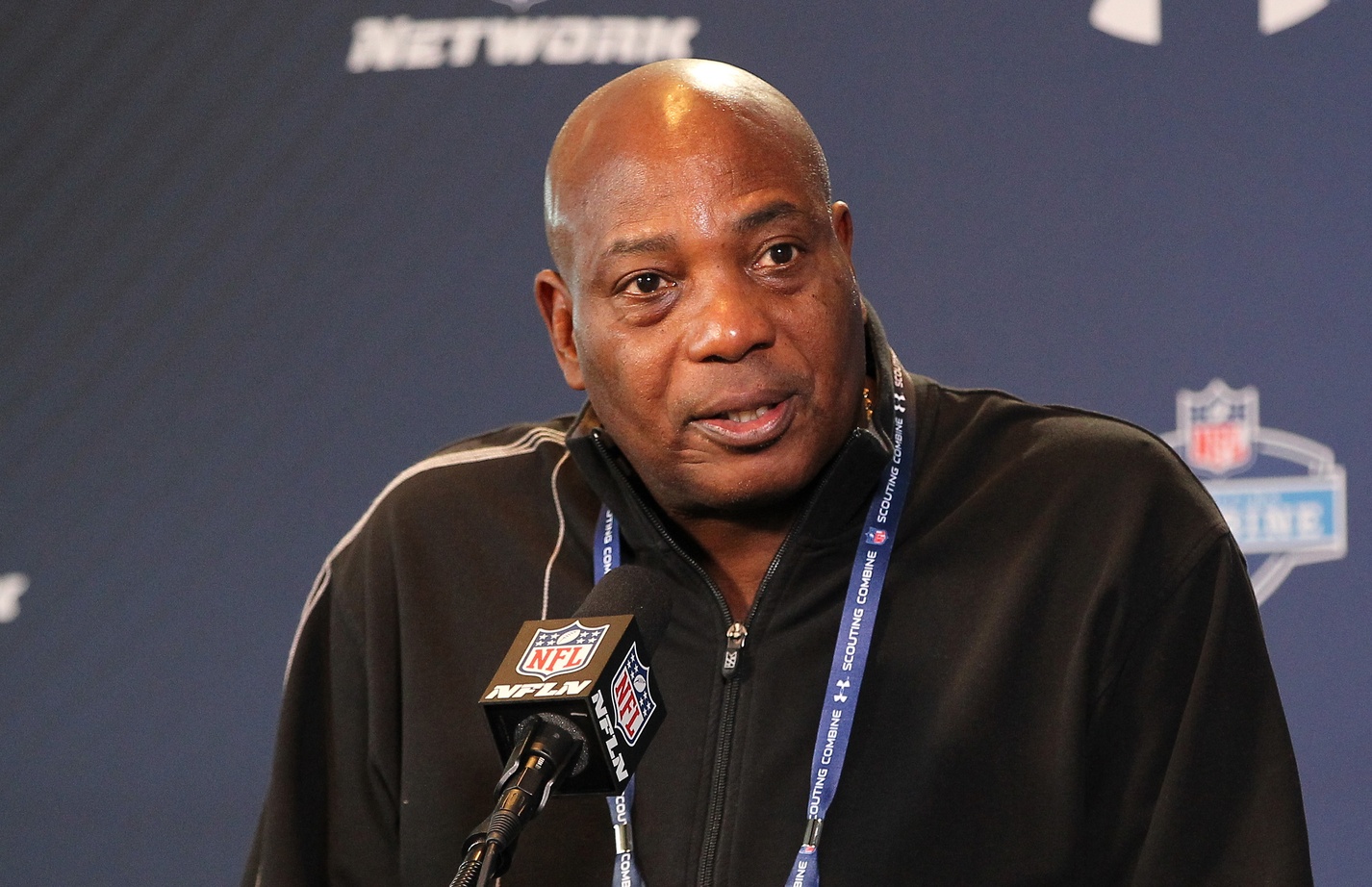 Courtesy of USA Today Sports: Newsome has helped lead the Ravens to dominance over the years.

Baltimore Ravens, Ozzie Newsome: Newsome is slightly overrated as an evaluator, but still undoubtedly has the pulse of the Ravens in his hand. He is one of the few in the NFL to seemingly adhere to the best player available strategy as a major part of his core. It has helped make the Ravens into one of the most consistent teams in football.

Cleveland Browns, Jimmy Haslam: Now that Ray Farmer is suspended, it further consolidates Haslam’s power. He is untouchable—not by the feds and not by NFL brass. This could be trouble for Cleveland fans, because Haslam has proven to be a loose cannon. There were even rumblings that he was pushing for the Browns to cut Manziel midseason.

Cincinnati Bengals, Mike Brown: Brown is nothing if not consistent. He has one of the longest-tenured head coaches in the NFL (Marvin Lewis) and seems to still live by the process that has governed his team for years and years. This is probably why Andy Dalton is still his quarterback.