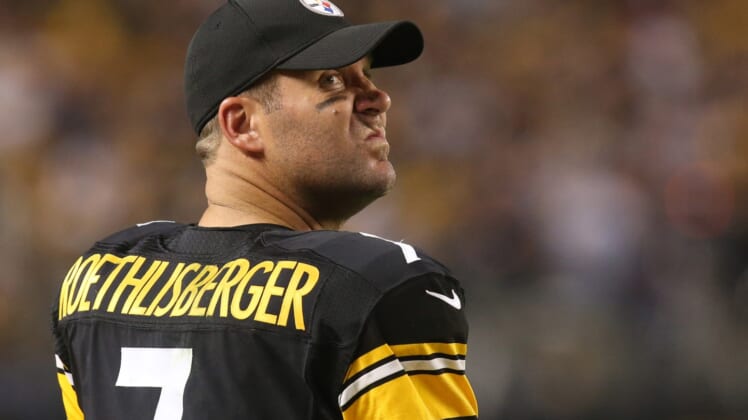 The Pittsburgh Steelers are now in the news for a good reason. After months of drama surrounding former stars Le’Veon Bell and Antonio Brown, Pittsburgh is looking to move forward.

That could soon include general manager Kevin Colbert and Co. signing future Hall of Fame quarterback Ben Roethlisberger to an extension. Pittsburgh is hoping to get a deal done ahead of Thursday’s NFL Draft.

At 37 years old and with only one season remaining on his contract, Big Ben is vastly underpaid. In fact, his average annual salary of $21.85 million ranks 13th among NFL quarterbacks.

Shorter term: Big Ben is unlikely to get a five-year contract.

Salary cap implications: Pittsburgh is not in the greatest shape.

There’s a lot of skeptics out there. Big Ben led the NFL in interceptions last season and seems to be regressing.

However, Pittsburgh made it clear that the team is hellbent on featuring the signal caller over the long haul. It made that decision in trading Antonio Brown back in March.

If that is indeed the case, an extension makes sense. Despite his struggles in 2018, Roethlisberger is worth much more than his current contract. It appears Pittsburgh realizes this.