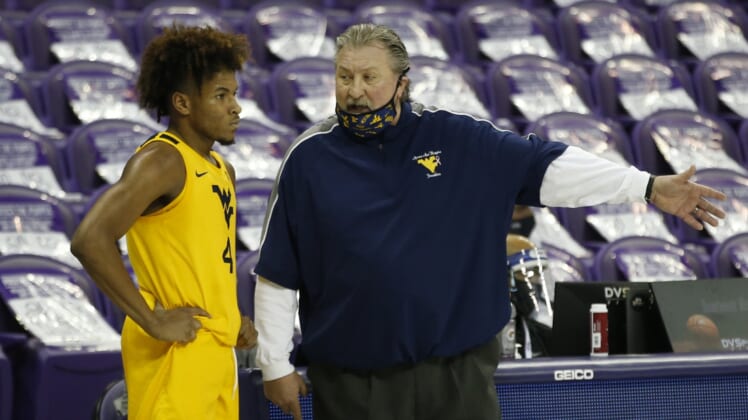 West Virginia extended the contract of basketball coach Bob Huggins through the 2023-24 season, including the option to remain as head coach or move into another role after that

Huggins will earn $4.15 million for each season he coaches.

Under the agreement, Huggins will have emeritus status at the university when he leaves the bench and will transition into primarily public relations and development roles within the athletic department. Once he leaves coaching, he will be paid $50,000 annually, plus any deferred compensation he is owed.

Huggins is eligible to move into the emeritus role at the conclusion of the 2023-24 season or defer the title, pending mutual agreement with the athletic director. The two sides will review his status on May 1, 2023, and make the decision on his future then.

Should he remain the coach then, his status will be reviewed each May 1 until the agreement expires June 30, 2027.

Huggins, who turns 68 next month, is entering his 15th season as head coach of West Virginia. A native of the state, he was the Mountaineers’ point guard from 1975-77.

“I certainly appreciate the opportunity that I’ve been given to represent this great University and state that I love so much,” Huggins said in a school news release. “As I’ve said before, I am blessed to coach at my alma mater — the place that all West Virginians love. I’m truly blessed.”

In March, he reached his 900th career victory with the Mountaineers’ 84-67 win over Morehead State in the first round of the NCAA Tournament. That made him one of just five men’s coaches with 900 wins at that level. Duke’s Mike Krzyzewski and Syracuse’s Jim Boeheim are the only active Division I coaches with more wins than Huggins.

His overall career mark is 900-382 and he has led his teams to the NCAA tournament 25 times.

“As I said with our last announcement in 2017, I want Bob Huggins leading our basketball program for many years to come,” athletic director Shane Lyons said. “He just became the sixth Division I coach all-time to win 900 games, and he’s on the doorstep of being in the Naismith Hall of Fame. We are pleased to have this agreement in place and for coach Huggins continuing to lead his alma mater on the basketball court.”